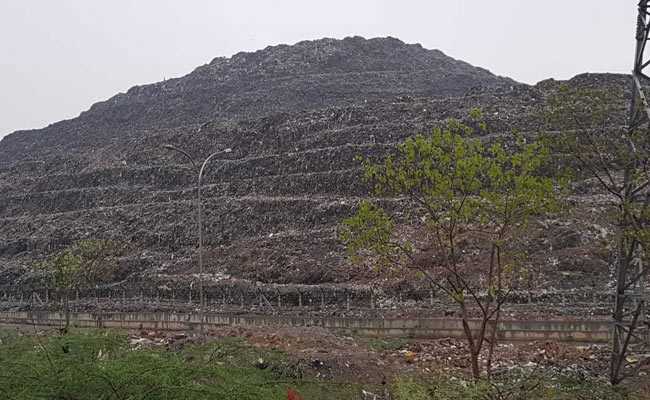 The Ghazipur landfill site is spread across 70 acres.

The East Delhi Municipal Corporation (EDMC) has told the Delhi Assembly’s Environment Committee that it will take at least 10 years at peak performance to clear the Ghazipur landfill where a massive fire broke out eight days ago, the panel’s chairperson, Atishi, said on Tuesday.

The municipal body has also acknowledged that they don’t have money, land or an adequate plan to solve the garbage problem at the Ghazipur landfill site, she said.

“The EDMC commissioner pointed out that the amount of garbage being treated every day at the landfill is almost equal to the fresh garbage being added there. Even with the most optimistic plans, the EDMC will take at least 10 years to solve this problem,” a statement quoted Atishi as saying.   “The EDMC blamed agencies like Delhi Development Authority (DDA) for not providing land where extra garbage could be dumped… The commissioner also pointed out that the waste-to-energy plant in Ghazipur hasn’t been functioning since the private partner went bankrupt. The plant is undergoing renovations and is only expected to be operational from May, 2022,” she said.

Commissioned in 1984, the Ghazipur landfill site is spread across 70 acres. In 2019, the garbage dump site had grown 65 metres high.

According to an action plan submitted to the National Green Tribunal, the municipal corporations have to remediate the legacy waste at the Ghazipur landfill by March 2022, Bhalswa by December 2023 and Okhla by March 2023.

The environment panel had last week summoned the EDMC commissioner to explain what steps have been taken to clear the Ghazipur landfill site and prevent fires there.

The committee has asked the commissioner to submit an action plan for Ghazipur landfill by Tuesday.

The Delhi government’s Environment Department had held the EDMC’s “carelessness” responsible for the blaze that broke out on Monday and imposed a fine of Rs 50 lakh on it.

Last year, authorities reported four incidents of fire at the Ghazipur landfill. In 2017, a large part of it broke away, crashing onto a road and killing two people.