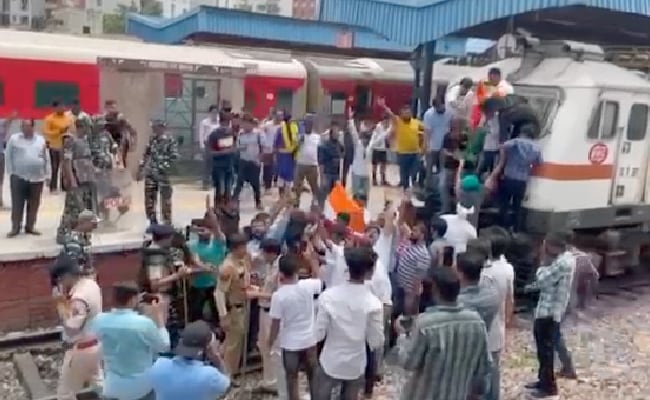 Indian Youth Congress workers on Monday stopped a train at the Shivaji Bridge railway station near Connaught Place in the national capital to push for their demand for a rollback of the ‘Agnipath’ defence recruitment scheme.

The track was cleared by police and security personnel and train movement resumed after about half an hour, sources said.

Several protesters were detained as police personnel tried to remove them from the tracks and the station, a senior police official added.

“The government needs to rollback the ‘Agnipath’ scheme. Youth Congress will fight for the unemployed youth who want to serve the country,” Youth Congress president Srinivas BV told reporters.