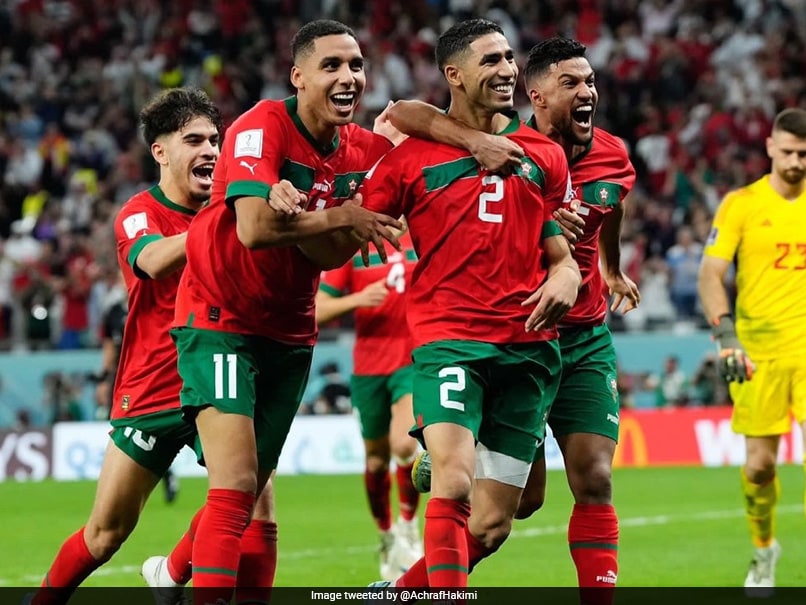 When Achraf Hakimi stepped up to take the decisive penalty against Spain in a FIFA World Cup Round of 16 clash on Tuesday night, he was not only bearing the hopes of a country but the weight of his past too. For Hakimi, who plays for Paris Saint-Germain, was born in Madrid, Spain, in 1998 to Moroccan parents.  He even joined joined Real Madrid’s youth setup in 2006 from Colonia Ofigevi, at the age of eight. In the  early part of his career he played for Spanish football giants Real Madrid. But he chose to represent Morocco at the international level right from the U-20 level.

“My mother cleaned houses and my father was a street vendor. We come from a modest family that struggled to earn a living. Today I fight every day for them. They sacrificed themselves for me,” he had told Bundesliga.com in 2018.

“I was in Las Rojas (Spanish national camp) for a couple of days and I saw that it wasn’t the right place for me, I didn’t feel at home. It wasn’t for anything in particular, but for what I felt, because it wasn’t what I had grown up with and lived at home, which is Arab culture, being Moroccan… I wanted to be here.”

The odds were stacked against Morocco while facing the 2010 World Cup champions Spain. The teams were closely matched throughout a tense game, with Spain having more of the ball but Morocco creating the better openings, few though they were. The last African and Arab side left standing at the first World Cup held in an Arab country, Morocco were intensely backed and their fans greatly outnumbered Spain’s.

Morocco were closest to scoring in extra-time, testing Simon, who made a fine save with his legs to deny Walid Cheddira after he broke down Spain’s left flank. Despite pressure from Spain in the final moments before penalties, they could not find a winner. The match stayed 0-0 at the end of the extra-time.

Having been sent on for the shoot-out, Pablo Sarabia struck the post from Spain’s first penalty, after Abdelhamid Sabiri put Morocco ahead. Carlos Soler and Sergio Busquets were foiled by Yassine Bounou, while Hakim Ziyech scored and Simon denied Badr Benoun, before Hakimi netted a chipped ‘Panenka’ penalty against the country of his birth to ignite wild celebrations.

After the match, Hakimi went on to hug his mother in the stands. The image is viral on social media.

Achraf Hakimi goes straight to his mother, to celebrate his winning penalty against Spain. pic.twitter.com/YA2HLQdY3w

FIFA WC 2022: Morocco Fans Celebrate After Team Enters Round of 16