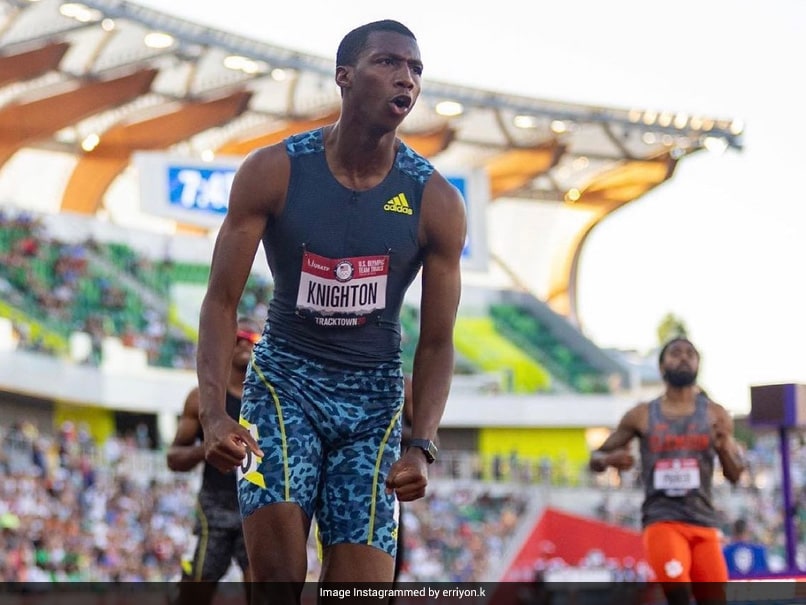 American teenage sprint sensation Erriyon Knighton became the fourth-fastest man over 200 metres on Saturday when he timed 19.49 seconds at the Baton Rouge meet destroying his own Under-20 world record of 19.84sec in the process. The 18-year-old’s time blitzed those of sprint legends Carl Lewis and Tommy Smith and places him behind only Jamaica’s world record holder Usain Bolt (19.19sec), another Jamaican Yohan Blake (19.26) and American Michael Johnson (19.32). Knighton burst onto the scene last year when aged just 17 he qualified for the Tokyo Olympics and finished fourth in the 200m final behind Canada’s Andre de Grasse.

Knighton’s time on Saturday is way ahead of Bolt’s best prior to his turning 20 of 19.93sec.

Knighton will have his sights set on the world outdoor championships in Eugene, Oregon, (July 15-24) provided he comes though the qualifiers (June 23-26) at the same venue.

Elsewhere on Saturday Botswana’s Letsile Tebogo set a new Under-20 world record in the 100m as he ran 9.96sec in Gaborone to take a hundredth of a second off American Trayvon Brommell’s previous mark.