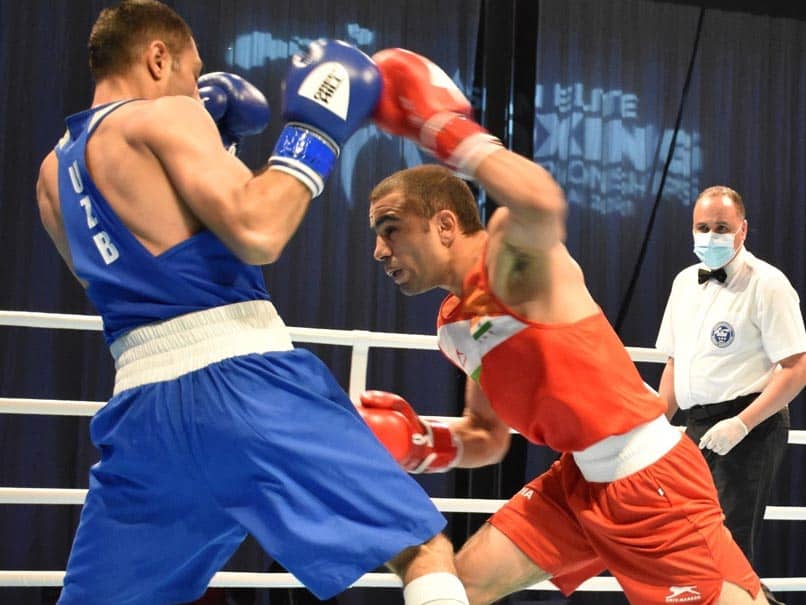 Amit Panghal lost in the 52kg final to Shakhobidin Zoirov of Uzbekistan.© BFI

Defending champion Amit Panghal (52kg) had to be content with a silver medal in this year’s Asian Boxing Championships after losing an exhausting final to known nemesis Shakhobidin Zoirov of Uzbekistan, in Dubai on Monday. The Indian lost 2-3 in what was a repeat of the 2019 world championship final, which had also ended in Zoirov’s victory. The contest lived up to the hype with both the Olympic-bound boxers engaged in a fast exchange of punches from the very first round.

Zoirov claimed the opening round. But in the second round, Panghal raised his game by a notch, evading Zoirov’s range with his pace and landing his left straights precisely. Zoirov, on the other hand, struggled to connect.

The two went all out in the third round but it was Panghal who was more impressive with his body shots despite an injured eye. He even had the judges’ verdict in his favour for the round but it was not enough to alter the final score-line.

With 15 medals, India surpassed their previous best-ever show at this Championship, achieved in 2019, when the country secured 13 medals in all, including two gold.