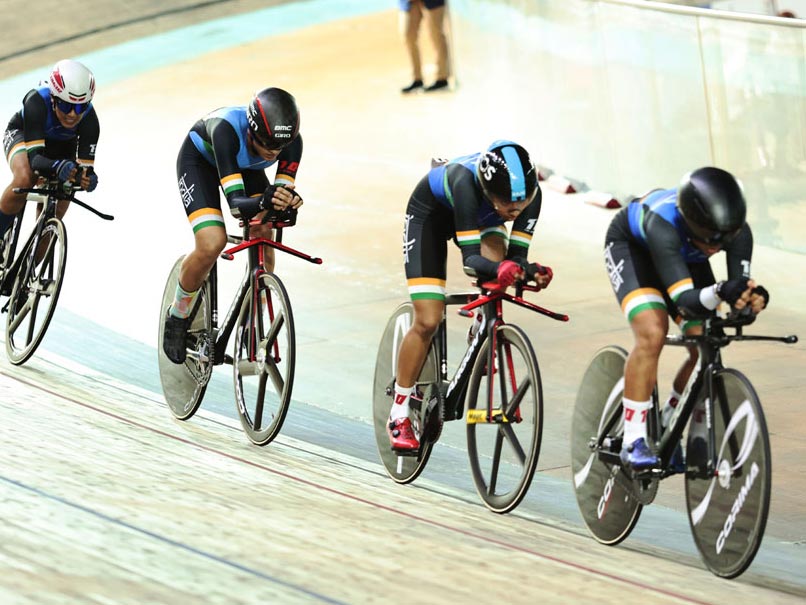 Hosts India scooped up eight medals at the Asian Track Cycling Championships, including 1 gold, 3 silver and 4 bronze, on the second day of the competition in New Delhi on Sunday.

The second day of the event also witnessed 12 final rounds, including four in para cycling events.

The Indians bagged 1 gold, 1 silver and 1 bronze in the Para Cycling events while 2 silver and 3 bronze medals were won by the senior and junior athletes respectively.

This was Mayuri’s second bronze medal in as many days and her first individual medal in the senior category event. She clocked 36.481 seconds in time trial with a speed of 49.340 km/h to earn the honours.

Pooja clocked 2:31.277 seconds to claim the third position and went on to create a new national record, breaking her own previous record of 2:37.410 seconds.

In the men’s junior category, Niraj Kumar lost an opportunity to win gold and settled for silver after he lost to Kazakhstan’s Maxim Traskin in the 2000km race event.

The biggest heartbreak of the day came when 21-year-old Indian track cyclist Esow Alben failed to convert his show into a medal-winning performance in the men’s elite event.

Another Indian star rider, Meenakshi, also had a disappointing show as she finished in the fifth position in the individual pursuit of women’s elite category event with a timing of 3:50:223 seconds.