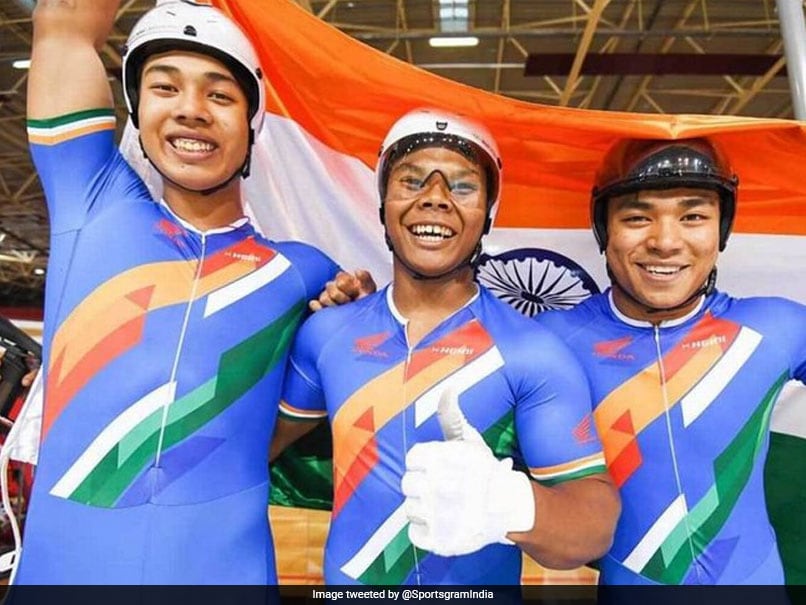 Hosts India made a bright start to their campaign at the Asian Track Cycling Championships by bagging 10 medals, including a gold, on the opening day of competitions on Saturday. The opening day of the 41st Senior, 28th Junior Asian Track and 10th Para Track Cycling Championships witnessed 12 finals out of which four were for Para Championships. The Indians clinched one silver and six bronze medals in the senior and junior events, while one gold, one silver and one bronze were won in the Para events.

After a gap of 17 years, the Indian team won a medal in the senior women’s category in any Asian Track Cycling Championships. Gold and silver in the event were won by Korea (Jumi Lee, Jieun Shin, Youri Kim, Ahreum Na) and Kazakhstan respectively.

India chief coach VN Singh was a proud man after the display of the home team on the opening day.

“India has progressed a lot in the endurance events, around 8 years ago it was difficult to complete the race but now the scenario has changed and Indian riders are not only completing the races but also winning the medals,” he said.

In the elite men’s team sprint event, India’s David Beckham, Ronaldo Singh and Rojit Singh won the bronze with a timing of 44.627s. Japan won the gold while Malaysia bagged the silver.