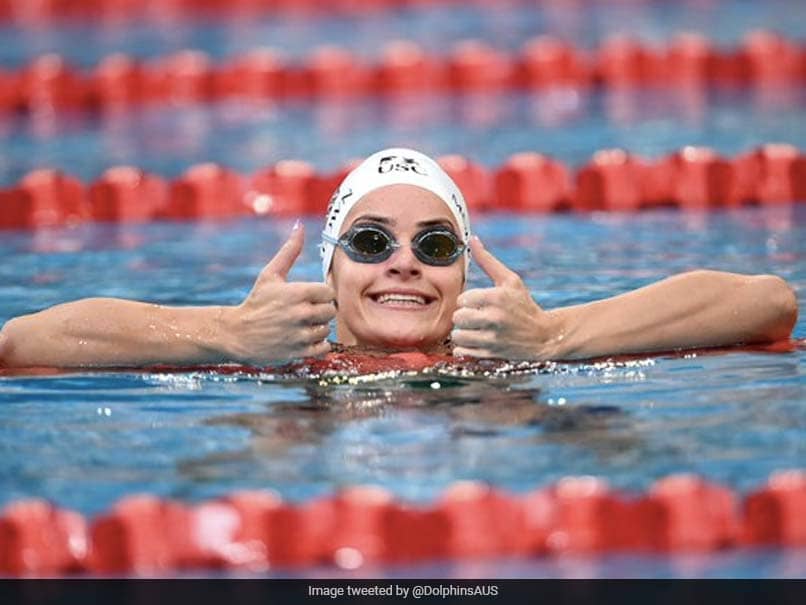 Australian teenager Kaylee McKeown fired a warning shot Saturday ahead of the Tokyo Olympics, swimming the second fastest women’s 100 metre backstroke ever to narrowly miss American rival Regan Smith’s world record. The 19-year-old, who is shaping as a serious contender for multiple Olympic medals, hit the wall in 57.63 seconds at the Sydney Open, just outside Smith’s all-time mark of 57.57, set at the 2019 world championships.

It followed her victory in the 200m backstroke on Friday in the fourth quickest time in history.

“I wasn’t expecting to come out and do that swim this morning and I’ve got no complaints about it. I’m pretty happy,” she said after setting a new Australian and Commonwealth record.

“It was so close to the world record but I have to have something to chase and Regan is still the No.1 girl at the moment.”

She revealed that Smith texted her after her 200m performance.

“It’s nice to hear from competitors from all over the world, nice to know they’re watching and they’ve got your back as well,” she said.

“Regan is an outstanding swimmer and she’s a lovely person.

“It’s a pretty outstanding world record to be chasing and to come up and edge a bit closer is exciting.”

Australia’s Olympic trials are in Adelaide next month, where records could fall. McKeown is also set to contest the 200m individual medley in Tokyo.

Emma McKeon is also targeting a clutch of gold medals in Japan, swimming away from the field to win the 100m butterfly Saturday in 56.81 then backing up to clinch the 50m freestyle in 24.58.

It followed her victory in the 100m freestyle on Friday in the year’s fastest time and sixth quickest of all-time.