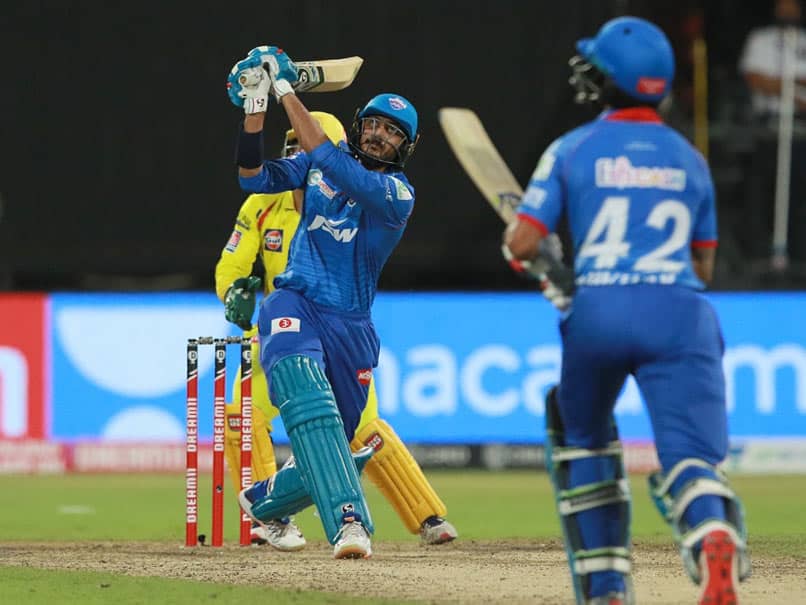 Axar Patel hit three sixes in the final over of Delhi Capitals’ match against Chennai Super Kings on Saturday to help his team get the 17 runs needed for victory off the over and climb to the top of the points table. However, before this feat the all-rounder turned ‘Nostradamus’ on Instagram when replying to teammate Ishant Sharma’s comment on a post, where Ishant asked Axar to hit more sixes, Axar replied with “Apna time aayega (My time will come).”

Axar posted on Instagram after Delhi’s win over Rajasthan Royals last Wednesday – a snap of himself celebrating a wicket with teammate Shikhar Dhawan.

Ishant commented slyly: “need some sixers from you bapu.”

Axar may have replied in jest but he had the opportunity to put his predictions to fruition when he walked in to bat to face Jadeja in the final over of Saturday’s clash.

When Dhawan gave Axar the strike, 15 runs were needed off five balls. Axar smacked sixes off the second and third deliveries of the over to all but seal the game for Delhi and then finished things off with another hit out of the ground on the fifth ball.

Delhi have accumulated 14 points from nine matches and are well-placed to make the last four.

Chennai set Delhi 180 runs to win on a batting-friendly Sharjah wicket and the Capitals were helped by Dhawan’s unbeaten century (101 not out) and contributions from Shreyas Iyer (23) and Marcus Stoinis (24).