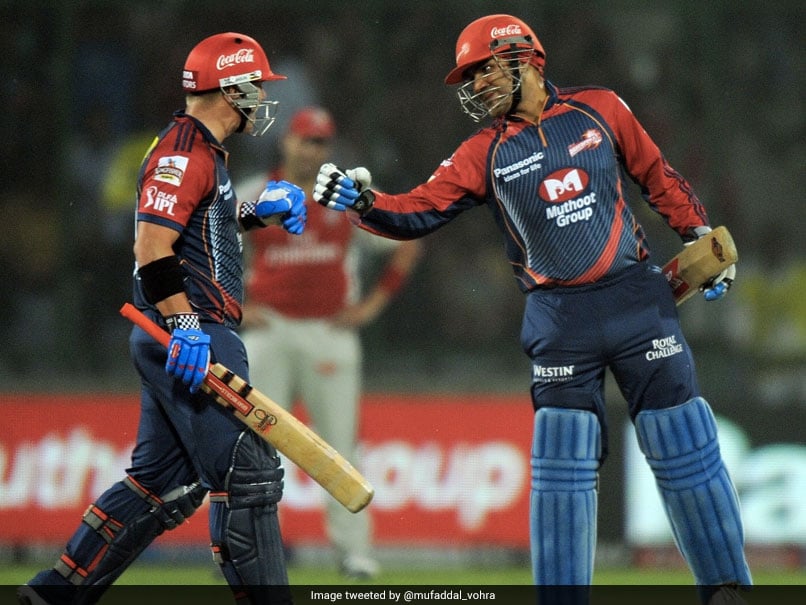 IPL: Virender Sehwag and David Warner were once teammates at Delhi Daredevils.© Twitter

David Warner has been a revelation for Delhi Capitals (DC) in the ongoing Indian Premier League (IPL) 2022. In eight matches, he has scored 356 runs at an average of 59.33 with a strike-rate of 156.82 to be DC’s top-scorer. He was not retained by his old team SunRisers Hyderabad, and was picked for INR 6.25 crore by Delhi Capitals in the IPL mega auction. This is Warner’s second stint with the Delhi franchise. Earlier from 2009 to 2013, he played for them (when the side was called Delhi Daredevils).

Former Indian cricket team opener Virender Sehwag was part of the franchise then and shared an interesting anecdote on the Australian cricketer during his initial years in the IPL.

“I have also vented out my frustrations on a couple of players and David Warner was one of them. Because when he had just joined Delhi franchise, the way he used to travel, he believed in parties more than in practice or matches. In the first year, he had a fight with a few players. So, we sent him back home for the last two matches. So, sometimes it happens that you keep someone out to teach them a lesson,” Sehwag told Cricbuzz.

He was commenting on how players may sometimes be made to sit out to bring them in line.

“He was new, so it was important to show him that you are not more important than the team, there are others too who can play in your place win matches for the side. And that’s what happened. We kept him out of the team and won as well. It was not like only one player can win you matches. So, to teach a player a lesson, sometimes you can keep him out of the team too.”

Sehwag also added that the SRH made an incorrect move by not retaining Warner after IPL 2021.

Warner was dropped from SRH playing XI and removed from captaincy after a string of low scores in IPL 2021. However, Sehwag pointed out how the current SRH captain Kane Williamson‘s figures in IPL 2022 were identical to Warner’s in IPL 2021, yet the former was being persisted with.