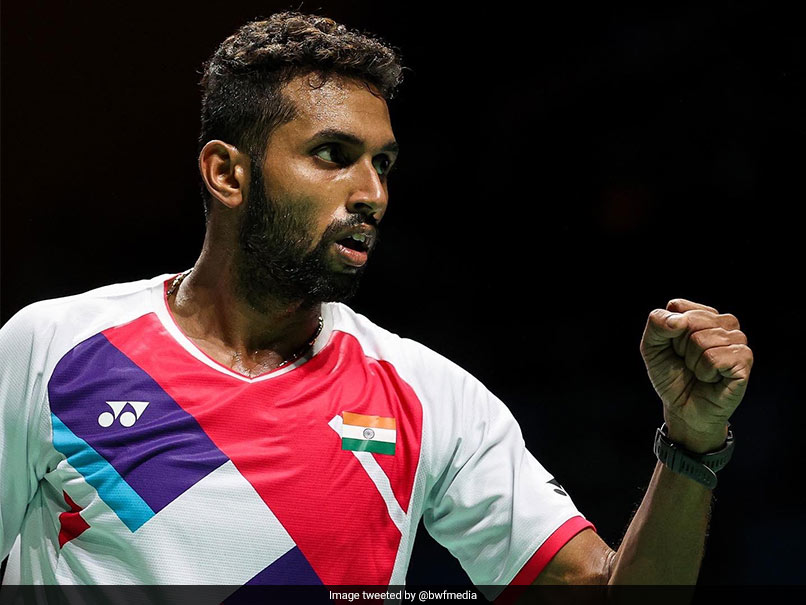 India’s HS Prannoy registered a straight-game win over Daren Liew of Malaysia to reach the pre-quarterfinals of the BWF World Badminton Championships on Wednesday. Prannoy beat his Malaysian opponent 21-7 21-17 in a men’s singles second round match that lasted 42 minutes. He will play the winner of another second round match between Luis Enrique Penalver of Spain and Rasmus Gemke of Denmark in the pre-quarterfinals.

Prannoy joined two other Indians, Kidambi Srikanth and Lakshya Sen, in the men’s singles pre-quarterfinals of the showpiece tournament.

Prannoy faced little resistance from Liew in the first game. From 8-5, the Indian took eight straight points to zoom to 16-5 before pocketing it easily.

The second game was more competitive and the two players were levelled at 6-6. But from there, Prannoy never fell behind as he cruised to 16-11.

The Malaysian narrowed the gap but Prannoy was up 19-16 before pocketing the second game and the match.

The women’s doubles pair of Ashwini Ponnappa and N Sikki Reddy also entered the pre-quarterfinals after a hard-fought 21-11 9-21 21-13 win over the Chinese pair of Liu Xuan Xuan and Xia Yu Ting in a 51-minute second round match.

In the men’s doubles however, the Indian pair of MR Arjun and Dhruv Kapila lost to 11th seeded Russian pair of Vladimir Ivanov and Ivan Sozonov 11-21 16-21 in a second round match that lasted 41 minutes.

On Tuesday, defending champion PV Sindhu reached the women’s singles pre-quarterfinals with an easy 21-7 21-9 win over Martina Repiska of Slovakia. Sindhu had got a first-round bye. She will face Pornpawee Chochuwong of Thailand in the pre-quarterfinals.