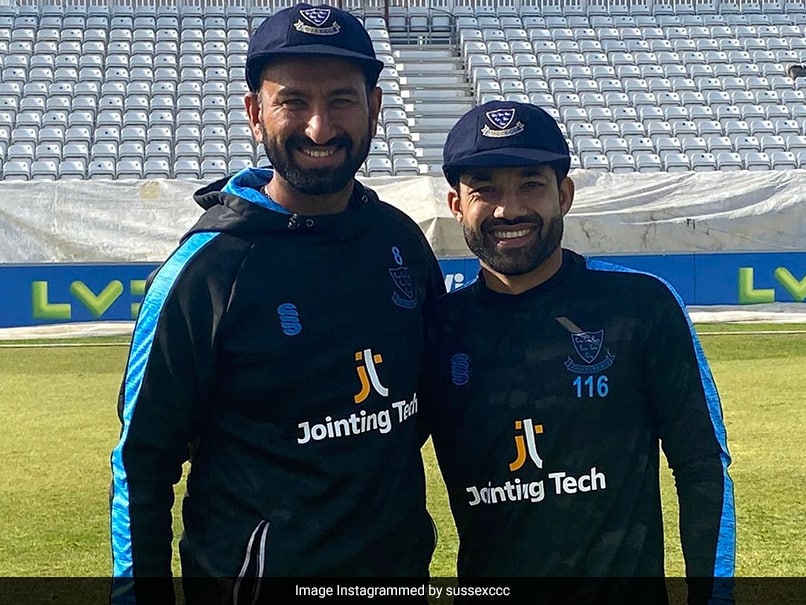 Cheteshwar Pujara and Mohammad Rizwan on Thursday made their Sussex debut.© Instagram

India’s Cheteshwar Pujara and Pakistan’s Mohammad Rizwan on Thursday made their Sussex debut for the game against hosts Derbyshire in the County Championships Division 2. While Pujara has played first-class cricket in England in the past, it is the first outing for Pakistan wicketkeeper batter. Both were named in the Sussex playing eleven which is captained by Tom Daines. With Derbyshire opting to bat, Pujara and Rizwan are expected to bat on day two.

Both the players stand at the opposite end of their international careers. While Pujara will be aiming to score a bagful of runs to make a Test comeback after being dropped following the tour of South Africa, Rizwan has been one of the best wicket-keeper batters in international cricket over the last couple of years.

With Sussex having lost their opening game, head coach Ian Salisbury included both overseas stars for the contest against Derbyshire.

“I am extremely excited to be able to bring in players of Rizwan and Pujara’s quality into the side. Not only are they absolute world-class cricketers that will boost our performances on the pitch, but to have them around the boys and in the dressing room can only be a positive,” said the head coach in a team statement.