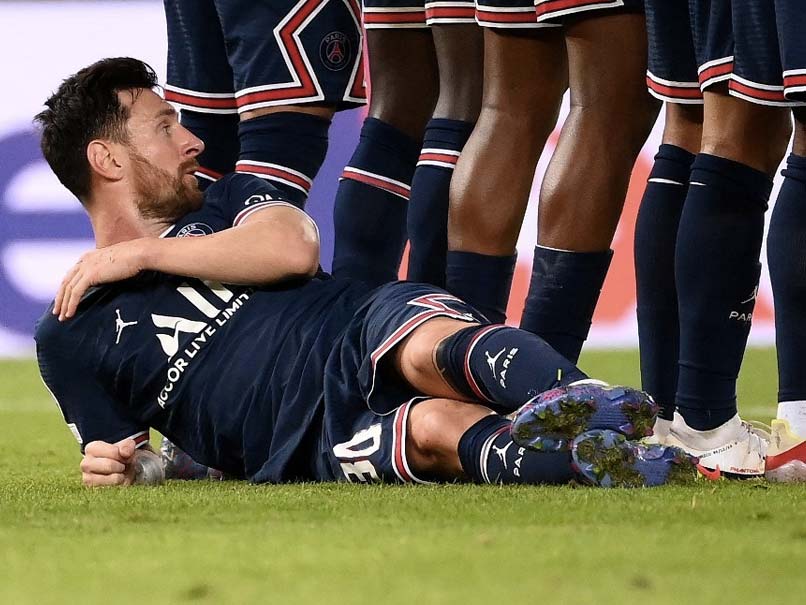 Lionel Messi finally scored his first goal for Paris Saint-Germain during the 2-0 win against Manchester City in the UEFA Champions League on Tuesday. The Argentine attacker linked up with Kylian Mbappe to settle the match for PSG in the second-half. Other than his stunning goal, Messi also caught the attention of fans and pundits, after lying down behind the wall during a Manchester City free-kick in injury time. Fans lauded the Argentine talisman and showered praise on Messi for doing his best for his new team.

One fan had a hilarious take on the situation and wrote, “I thought I’d never see the day of Messi being the one lying behind the wall”.

I thought I’d never see the day of Messi being the one lying behind the wall pic.twitter.com/wmtLsE3YLL

Meanwhile, another fan called the former Barcelona man a “legend” and wrote, “behind the scenes The legend Messi protects the wall”.

Meanwhile, another user pointed out that people should not be surprised as Messi has always been “humble”. The fan stated, “I don’t know why People are surprised by Messi laying down behind the wall. That’s Messi. It’s always been him. Humble AF”.

I don’t know why People are surprised by Messi laying down behind the wall. That’s Messi. It’s always been him. Humble AF pic.twitter.com/PUFo4VHCdY

Here are the other reactions:

Reporter: What did you tell Messi when he laid down behind the wall?
Neymar Jr I asked if he’s okay there; he said sure!
Neymar Jr He doesn’t treat himself as a superstar. He plays the game like how we play it, how we enjoy it, that’s why he’s Messi. pic.twitter.com/Zr5uu5ifdz

Laying behind the wall became widespread because of Messi in La Liga… it all comes back to him pic.twitter.com/QNsxTlAgYO

Herrera was really stunned to see Messi go down behind the wall…. Mbappe had to go down next…. Messi always leads by humility….. MY INSIGHTFUL GOAT pic.twitter.com/Xg89HRLwi4

Ronaldo ducked under the wall as Parma and Porto scored from both Freekicks meanwhile Lionel Messi is lying on the ground to prevent his team from conceding a Freekick. Different class pic.twitter.com/YAcn3CsloT

Facing the Premier League outfit in their UCL Group A encounter, PSG took the lead in the eighth-minute with Idrissa Gueye finding the back of the net.

After having a quiet night, Messi finally found his footing in the 74th-minute, scoring a fine goal past Ederson.