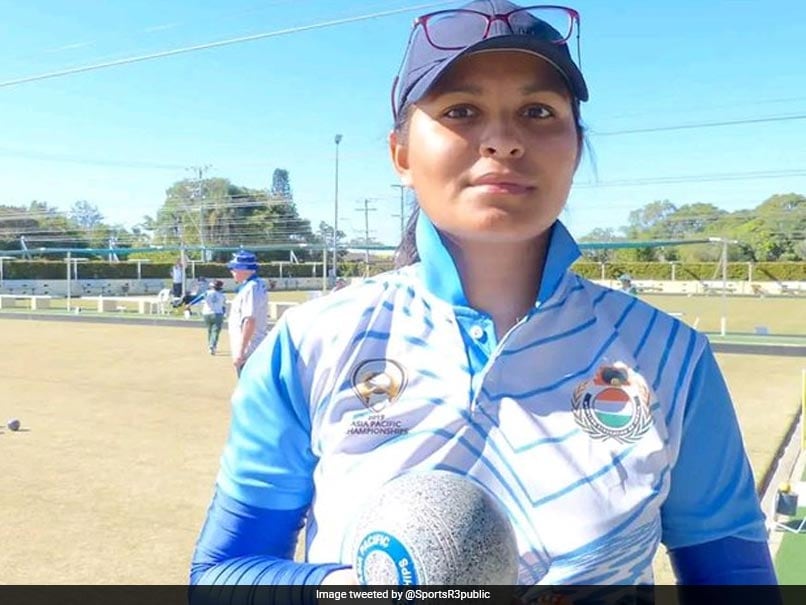 Tania Choudhary went down to Laura Daniels 21-10 in another lop-sided contest.© Twitter

India’s Tania Choudhary suffered her third successive loss in women’s singles competition of lawn bowl event at the ongoing Commonwealth Games here on Saturday. The 26-year-old Choudhary had suffered twin losses on the opening day of the competition – against Dee Hoggan and Daphne Arthur-Almond of the Falkland Islands. On Saturday, the Guwahati-born player went down to Laura Daniels 21-10 in another lop-sided contest.

Daniels, who led 7-2 after the sixth end, did not allow Choudhary to make a comeback and eventually won the game without much fuss.

Choudhary, who has represented India at the 2010 and 2014 Commonwealth Games as well, will face Northern Ireland’s Shauna O’Neill in her final section B match.

The men’s triples team had suffered twin losses – against New Zealand and Scotland on the opening day of the competition.

On Saturday, against Malta, they were cruising 11-5 ahead after the 10th end but then allowed their opponent team comprising Peter John Ellul (lead), Tory Lorimer (second) and Shaun James Parnis (skip) to stage a comeback.

From the 13th end, it was a neck-and-neck contest and eventually both the teams settled for a tie.