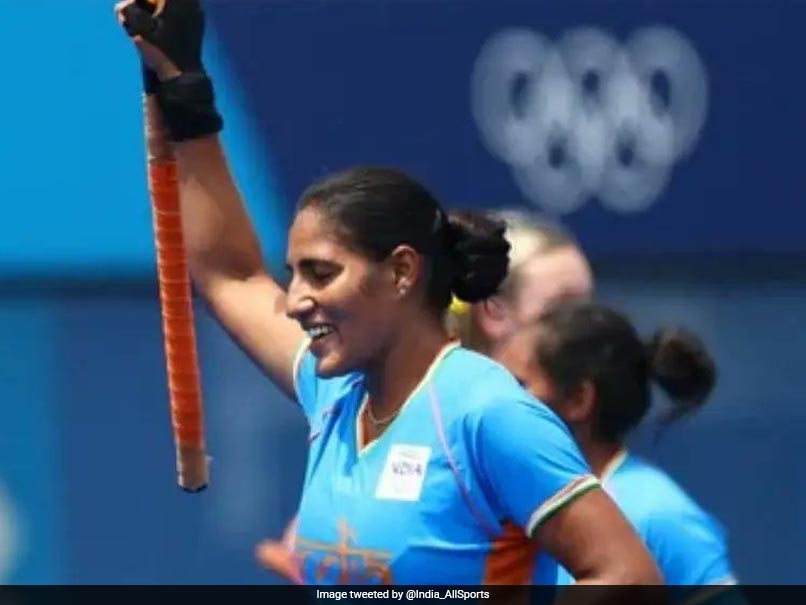 The Indian women’s hockey team defeated a lowly Ghana 5-0 to start its Commonwealth Games campaign on a winning note here on Friday. The Savita Punia-led team was, however, far from impressive in its first Pool A game. Gurjit Kaur (3rd, 39th minutes) scored a brace, while Neha Goyal (28th), Sangita Kumari (36th) and Salima Tete (56th) struck a field goal each for India.

Even though India dominated the match in all departments, it was a lacklustre performance from them in the first two quarters as Ghana’s defence produced a resolute show to frustrate their fancied opponents.

What was frustrating for India was the weak link-up between the midfield and the forward line.

Penalty corner conversion also continued to haunt India as they made use of just one out of 10 chances.

The Indians were expected to steamroll Ghana but goalkeeper Abigail Boye made some phenomenal saves to keep her side in the contest.

She was ably supported by her backline.

The Indians pressed on the accelerator from the onset and took the lead in the third minute when Gurjit converted her side’s first penalty corner with a fierce drag-flick to the right corner.

India soon earned a second penalty corner but Ghana defended bravely with Boye producing yet another fine save.

Just before the end of the first quarter, India were awarded a penalty stroke for a foul inside the ‘D’ but Ghana successfully challenged the decision.

The Indians came out attacking in the second quarter while Ghana were content on soaking up the pressure.

The Indians mounted attacks after attacks but Ghana backline thwarted them.

Ghana secured a penalty corner with three minutes from half-time but failed to get past India captain Savita. Ghana secured another set piece before the breather but wasted the opportunity.

The Indians doubled their lead in the very next minute through Neha, whose push went inside the goal after getting a deflection from a Ghana defender.

Neha was once again in the thick of things but her fierce shot from point blank range was saved by Ghana goalkeeper Boye.

Three minutes after the change of ends, India secured two quick penalty corners but wasted both.

Sangita Kumari extended India’s lead, finding the target from a goalmouth melee in the 36th minute.

India earned another penalty corner soon after but failed to utilise it.

The Indians, however, made the scoreline 4-0 in the 39th minute when Gurjit scored from a penalty stroke.

Salima scored four minutes from the hooter after her shot went into the goal following a deflection from the stick of Ghana captain Nafisatu Umaru.

India will next take on Wales in their second pool match on Saturday.