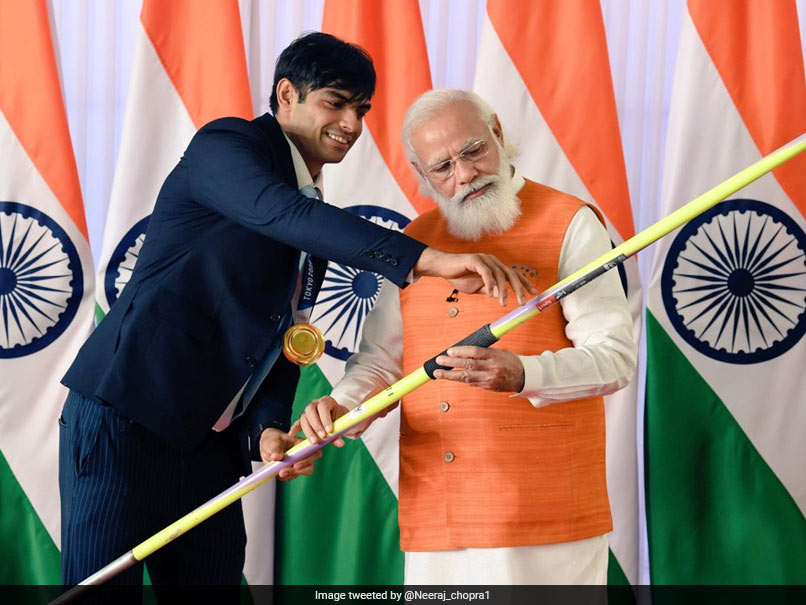 Badminton rackets used by the Paralympic gold medallist, the javelin which brought India its first gold in the Olympics and gloves worn by the bronze medal winning athlete are among Prime Minister Narendra Modi’s mementos which are drawing the highest bids currently on the Culture Ministry website which is e-auctioning them. The highest quoted bids for the badminton racquets of Krishna Nagar, the badminton gold medallist and that of Suhas Lalinakere Yathiraj, who won the gold and silver medals at the Tokyo 2020 Paralympic games respectively have gone up to Rs 10 crore.

The base price of Nagar’s racket is Rs 80 lakh while that of Yathiraj was set at Rs 50 lakh.

The fence used by CA Bhavani Devi in fencing at the Olympics 2020 also received a highest bid of Rs 10 crore while its base price was Rs 60 lakh.

Devi is the first Indian fencer to ever qualify for the Tokyo Olympics after qualifying for the 2020 Summer Olympics.

The boxing gloves worn by boxer Lovlina Borgohain who won a bronze decoration in the welterweight (64-69kg) classification semi-final for women at the Tokyo Olympics, becoming the third Indian boxer to win at Tokyo Olympics has received a bid of Rs 1.80 crore. The base price for the gloves was Rs 80 lakh.

The sharp-shooting glasses worn by Manish Narwal, who bagged a gold medal in the mixed 50m pistol SH1 final at Tokyo 2020 Paralympic games has so far received a highest bid of Rs 95.94 lakh.

The shooting glasses were presented by him to the prime minister

The proceeds from the e-Auction will go to the Namami Gange Mission aimed at conserving and rejuvenating the Ganga River.

The memorabilia include sports gear and equipment of the medal-winning Olympians and Paralympians, a replica of the Ayodhya Ram Mandir, Chardham, sculptures and paintings among others.

The wooden model of the Ram Mandir placed inside a glass box has received the highest quoted of Rs 3 lakh so far.

Another interesting memento which has grabbed eyeballs is the replica of Rudraksha Convention Centre in Varanasi which has got the highest bid of Rs 40 lakh.

Individuals and organisations can participate through the website pmmementos.gov.in between September 17 and October 7.
After the auction ends, the ministry will notify the highest bidders through email.