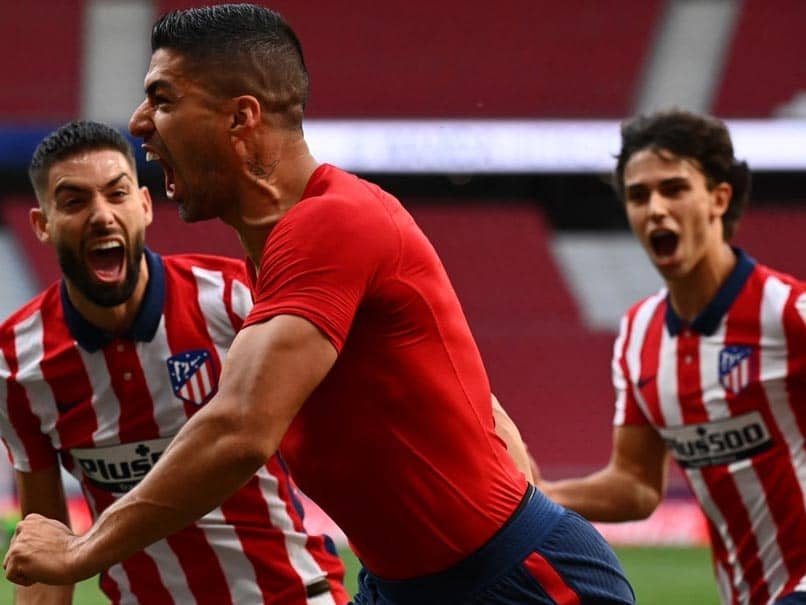 Luis Suarez was in tears on Saturday after his goal helped Atletico Madrid clinch the Spanish Liga title, thanking the club for rescuing him. The Uruguayan, who moved to Madrid from Barcelona in August, thanked “Atletico for opening their doors to me.”  “I am filled with emotions,” the 34-year-old Uruguayan striker told Spanish broadcaster Movistar after scoring in Atletico’s 2-1 victory in Valladolid. He offered veiled criticism of his former club, who finished the season in third place.

“I had to live through a difficult situation, starting the season being under-appreciated and Atletico opened the door to give me the chance to show that I could still be a force,” Suarez said.

“That’s why I’m always going to be grateful to this great club for trusting me,” Suarez said through his tears.

“Many people have suffered with me, my wife, my children, every day,” he said.

“I’ve been in football for so many years and I think this is the year they have endured the most.”

The title is “another proof that Atletico had a great season,” he said.

“We showed that we were the most consistent team,” Suarez said.

He said the title, which follows four he won with Barcelona, “is special, because of everything that some of us had to endure.”

“Here are my statistics: five league titles in seven seasons. And here is Luis Suarez,” he said.