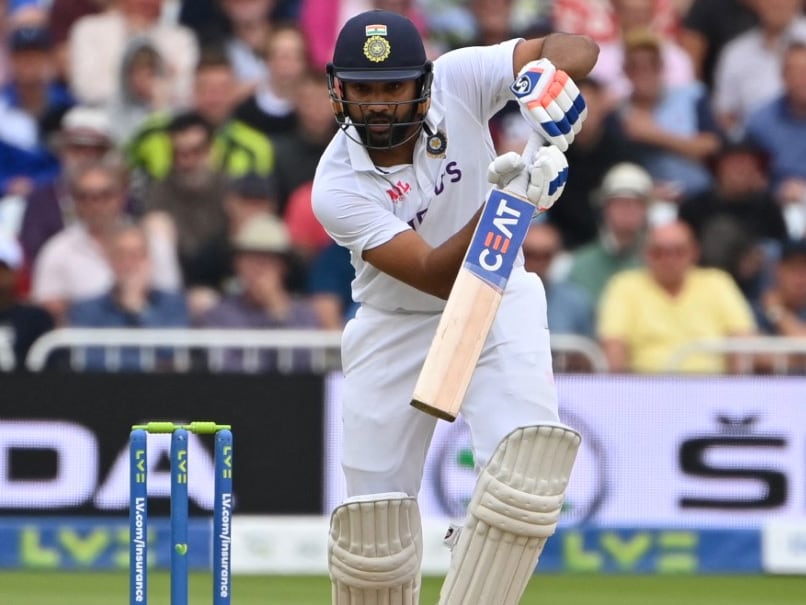 India opener Rohit Sharma has revealed that he has made some technical changes in his batting, like staying steady at the crease and playing the ball closer to his body, in his bid to be successful in the challenging English conditions here.

“Yes, you got to change fair bit and something that I have changed as well, when the ball is moving, when the ball is doing a bit, there are lot of technical aspect of your game that you need to bring in as an opener,” Rohit had said during the post-day press conference last night after the second’s play in the opening Test against England.

“Playing in these conditions is never easy, but you know you always challenge yourself as a batter to go out and perform when the conditions are challenging, that is something I am trying to do. “I have made some changes in my technique as well. I am not trying to move too much in the crease, trying to stay as still as possible keeping the bat closer to the body,” he added.

Rohit said all such things can add value to his game. “All those things that can add value to your game. I am pretty happy with the way I have handled the new ball, the first spell of the new bowlers. But of course in conditions like this, you are never set, never in, you just got to treat every ball as new ball,” he said.

“So you just got to keep telling yourself that every ball is different and you just got to make sure that, you think that way all the time till the time you are in.” Rohit has defended playing the pull shot that led to his dismissal on 36 on Thursday, saying if he sees the ball in his areas, he “has to play his shots”.

A well-set Rohit was was caught by Sam Curran on the fence off Ollie Robinson, playing his trademark pull shot. “Like you said it is my shot, so I have to play shots, as we saw in the first hour of play, we did not get any loose balls and their bowlers were quite disciplined,” he said at the post-day press conference after the second day’s play, which was called off early due to rain.

Rohit maintained that odd chances needed to be taken. “So, you have to take your odd chances when the ball is there, you got to punish them. Of course, you know, when it’s around the time of close of play, you feel disappointed and that is what I am feeling about it (the dismissal),” he added.

India ended the day at 125/4 as veteran English pacer James Anderson (2/15) caused damage with his fiery spell. They are still adrift by 58 runs. England in their first essay was bowled out for a meagre 183. “But you got to be ready to play your shots as well, because their bowlers are so disciplined, you hardly get anything. So, you got to put the balls away if they are in your area and that is what me and KL (Rahul) did,” Rohit said.

Rohit is not bothered by the poor show of the team’s middle-order, saying the visitors suffered a mini-collapse in their first innings due to good bowling from the home side. After a 97-run opening stand between Rohit (36) and Rahul (57 not out), India slipped to 112/4, losing skipper Virat Kohli (0), Cheteshwar Pujara (4) and Ajinkya Rahane (5) cheaply.

“No, it (the middle order form) is not a concern. I think if you look at how they got out is actually to good balls, so I don’t see a concern in that matter, I just feel that sometimes you have to play according to the conditions and I thought we played the conditions really well to start with,” Rohit said last night.

“But obviously there will be times, the bowlers will come back and then you just got to respond to it. “We know the overhead conditions matters a lot and suddenly when it was overcast, the ball started to do a little more,” he added.