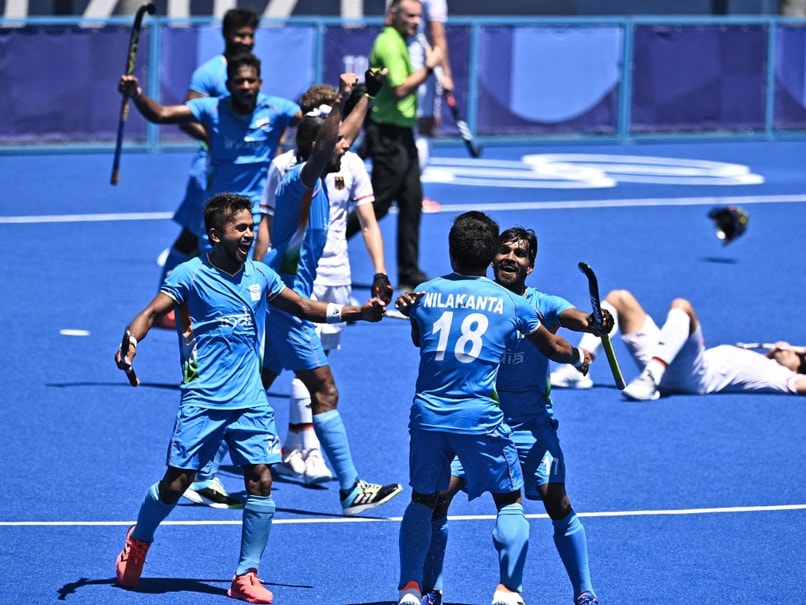 Defender Harmanpreet Singh was on the scoresheet as India defeated Germany in men’s hockey bronze medal match at the Tokyo Olympics on Thursday. India managed to see off Germany’s burst in the final few minutes to clinch a 5-4 win in a thrilling contest. The victory was special as it also brought an end to India’s 41-year wait for an Olympic medal in hockey. After the win, Harmanpreet told NDTV that when the team returned from the Oi Hockey Stadium to the Games Village, every Indian congratulated them on winning the bronze medal.

Harmanpreet added that the women’s team is playing well and their bronze medal match against Great Britain will be a good watch.

“They (women’s team) are playing well and tomorrow’s match (against Great Britain) will a good one. I wish they win,” Harmanpreet added.

When asked if the men’s team will be there to watch the women’s team play their bronze medal match, Harmanpreet replied with an affirmative.

India women’s team, after a stunning win against Australia in the quarters, lost to Argentina in hockey semi-final.

The Rani Rampal-led team is on the verge of bringing home India’s first Olympic medal in women’s hockey. They will need to put in a special performance as the team already suffered a big loss to Great Britain during the Pool stages.