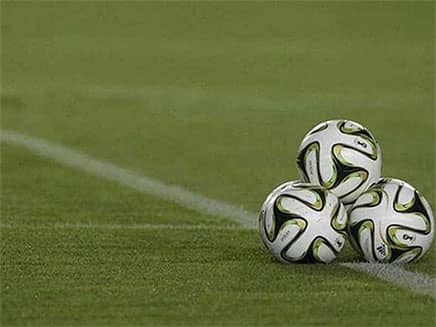 A French second division player on Sunday denied he had bitten the cheek of the opposition goalkeeper and says he suffered racist taunts. Sochaux’s Senegalese midfielder Ousseynou Thioune, accused by Valenciennes ‘keeper Jerome Prior of sinking his teeth into his cheek after Saturday’s goalless draw, said Prior had made comments about his skin colour during the match. Thioune said that as they walked off following the game a scuffle broke out as he complained to Prior about his alleged racist language. He claimed the goalkeeper repeated the insult.

“On that second occasion, I said to him ‘let’s go outside and we’ll sort this out’. It’s true that I put my head against his cheek and yes, I was angry, I wanted to headbutt him,” Thioune told L’Est Republicain newspaper.

“But when I thought about it, I withdrew. There was no bite,” Thioune said.

Valenciennes president Eddy Zdziech told AFP he had no doubt that Thioune had bitten his player.

“It is really regrettable. We mustn’t play it down or deny it. I have spoken to Jerome and he has a really big bite on his cheek. He was bleeding.

“This sort of behaviour is serious and it must be eradicated.”

If the claims of either player are proven, both could face disciplinary action from the French league.

“See You In Australia”: Warner Congratulates Natarajan On India Call-Up

T Natarajan has been
Read More

Dinesh Karthik has be
Read More