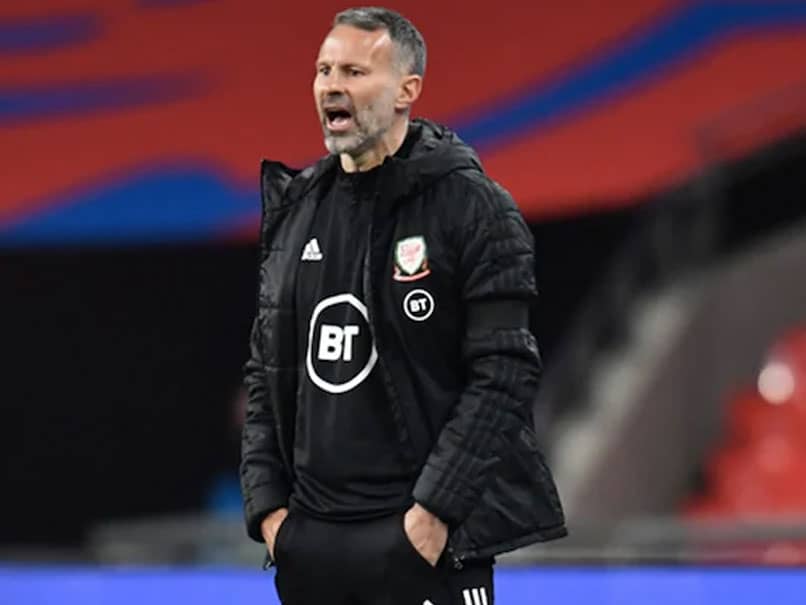 Ryan Giggs has denied “all allegations of assault” and is cooperating with police.© AFP

Wales coach Ryan Giggs and the Football Association of Wales (FAW) have “mutually agreed” that he will not take charge of upcoming internationals after he was arrested on suspicion of assaulting his girlfriend. The 46-year-old former Manchester United star was later bailed. He has denied “all allegations of assault” and is cooperating with police, according to a statement released by his representative.

“The Football Association of Wales and Ryan Giggs have mutually agreed that he will not be involved in the upcoming international camp,” said an FAW statement on Tuesday.

“Our agreed immediate priority is preparing the team for the upcoming international matches. Robert Page, with Ryan’s support, will take charge for the next three matches.”

Wales had been due to announce their squad on Tuesday for the three games but those plans were shelved as news broke of Giggs’s arrest.

“The Cymru squad for these upcoming matches will be announced on Thursday 5th November,” the FAW said.

The Sun said police were called to Giggs’s home late on Sunday and he was arrested and questioned on suspicion of actual bodily harm and assault.

Giggs was appointed Wales boss in 2018 after a stellar playing career in which he won 13 Premier League titles and two Champions Leagues. He was capped 64 times by Wales.