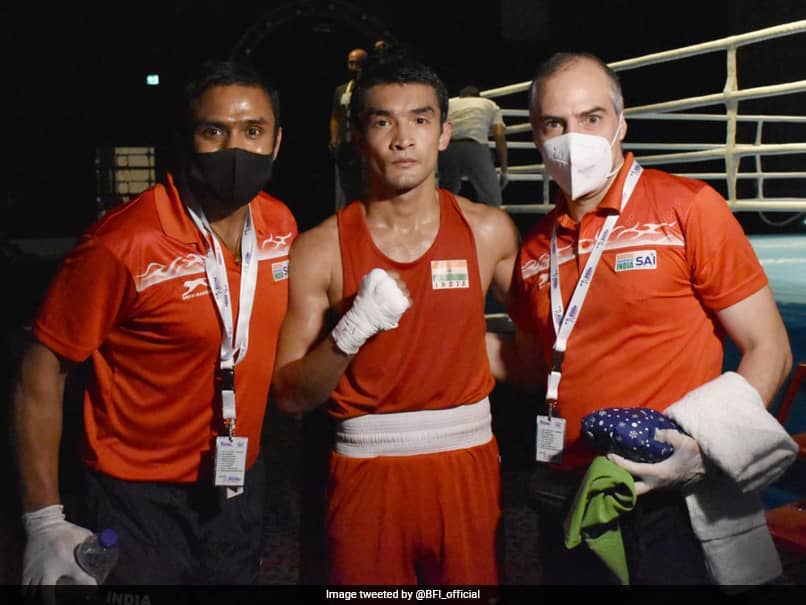 Four Indian boxers, including three women, advanced to the semifinals with impressive victories as India’s assured medal tally swelled to 12 in the Asian Championships in Dubai. Sanjeet (91kg), Sakshi (54kg), Jaismine (57kg) and the Olympic-bound Simranjit Kaur (60kg) joined Shiva Thapa (64kg) in the last four stage following late night wins in their quarterfinal bouts on Tuesday. They added to the seven medals, including that of six-time world champion M C Mary Kom (51kg), that were assured on the day of draws.

India Open gold-winner Sanjeet defeated Jasur Qurbonov of Tajikistan 5-0 to enter the semifinals in the men’s draw along with Thapa. His next opponent is last edition’s silver-medallist Sanjar Tursunov of Uzbekistan who has been seeded third this year.

Jaismine edged past Oyuntsetseg Yesugen of Mongolia 4-1 and will now square off against Vladislava Kukhta of Kazakhstan.

Simranjit, who recently recovered from COVID-19, defeated Raykhona Kodirova of Uzbekistan 4-1. Her next opponent is also a Kazakh in Rimma Volossenko.

The two fought at the 2020 Asian Olympic Qualifiers in Amman, Jordan where the Indian had triumphed in a gruelling contest.