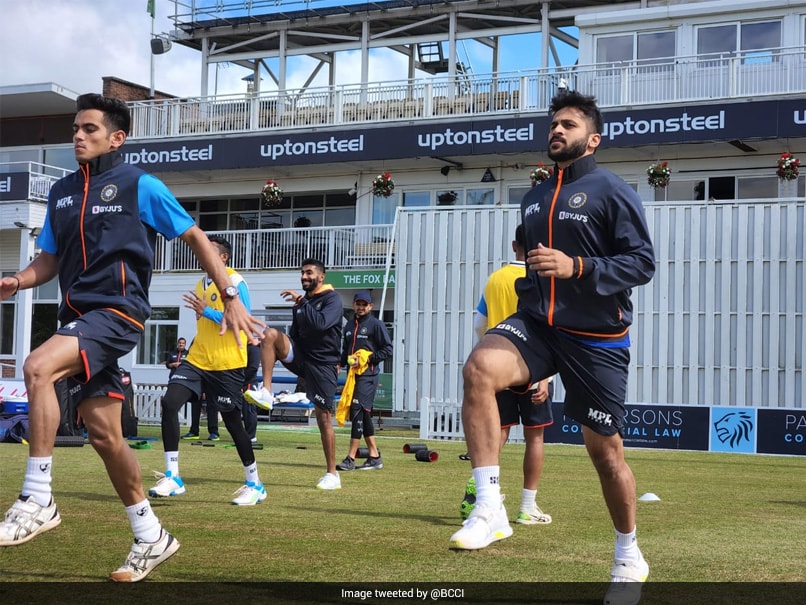 The Rohit Sharma-led Indian Test squad is currently in Leicester in preparation for the fifth rescheduled Test against England to be played at Edgbaston, Birmingham from July 1-5. India currently lead the Test series 2-1. India have named a strong 17-member squad for the Test and all eye will be on the squad which is just a draw away from sealing a famous series win. Currently India are the No. 2 side in the ICC Test rankings while the Ben Stokes-led England are No. 6.

Currently, the Rohit Sharma-led side is training Leicester and will be based there for one week. The BCCI posted a few images from the training session on Monday.

Hello from Leicester and our training base for a week will be @leicsccc #TeamIndia pic.twitter.com/MAX0fkQcuc

Meanwhile, Rahul Dravid has said that he loved playing Test cricket in England and loves coaching a Test team. He reckons that the one-off ‘fifth Test’ against the hosts will be a different proposition from last year when the team under Virat Kohli led 2-1 before Covid-19 cases in India camp forced the cancellation of the final game.

“England are playing well at the moment and it is going to be a bit different from last year when England were probably a little bit on backfoot. They have played some good games and we have a pretty good side as well,” Dravid said, referring to Ben Stokes’ side’s series win against New Zealand.

“Loved playing Test cricket, love watching it and love coaching in Test cricket and so you know, looking forward to it,” he concluded.