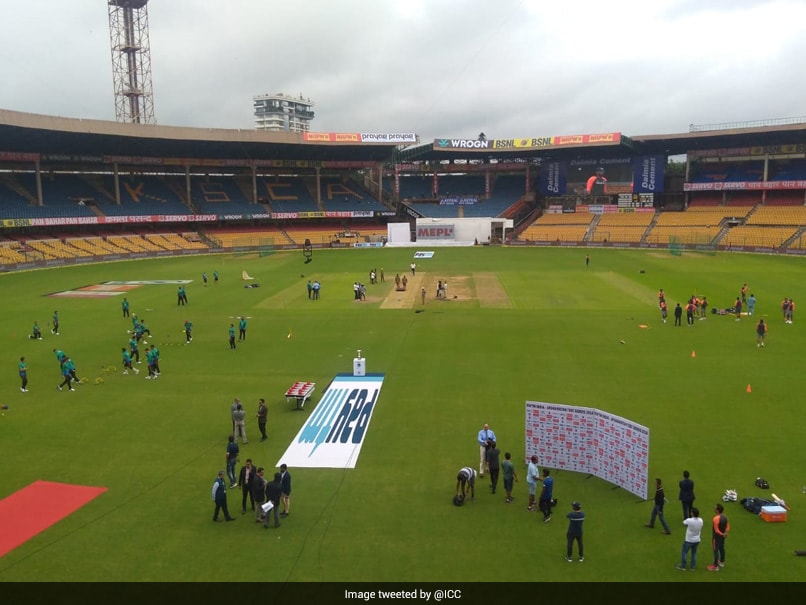 The ongoing five-match T20I series between India and South Africa is currently level at 2-2 and both teams have everything to play for in the series decider on Sunday evening at the M Chinnaswamy Stadium in Bengaluru. In the fourth T20I, Team India defeated the Proteas by 87 runs to level the series, and in the decider, it would be interesting to see whether both teams make any changes to their playing XI.

However, as things stand, the biggest question right now is whether rain would play spoilsport in the fifth T20I?

It has been raining in Bengaluru since the last week and Ranji Trophy games between Madhya Pradesh-Bengal and Mumbai-Uttar Pradesh were also affected by rain.

As per Accuweather, thunderstorms are expected at 7 PM with cloud cover at 99 per cent much through the evening and night. The humidity is also expected to be around 92 per cent.

Accuweather states that cloudy conditions are expected to remain for the entire duration of the match and cloud cover will be at 99 per cent.

Having lost the first two T20Is, Team India staged an inspired fightback and the side won back-to-back must-win games to bring the series level at 2-2.

After the series against South Africa, Team India will square off against Ireland in a two-match T20I series, beginning June 26.