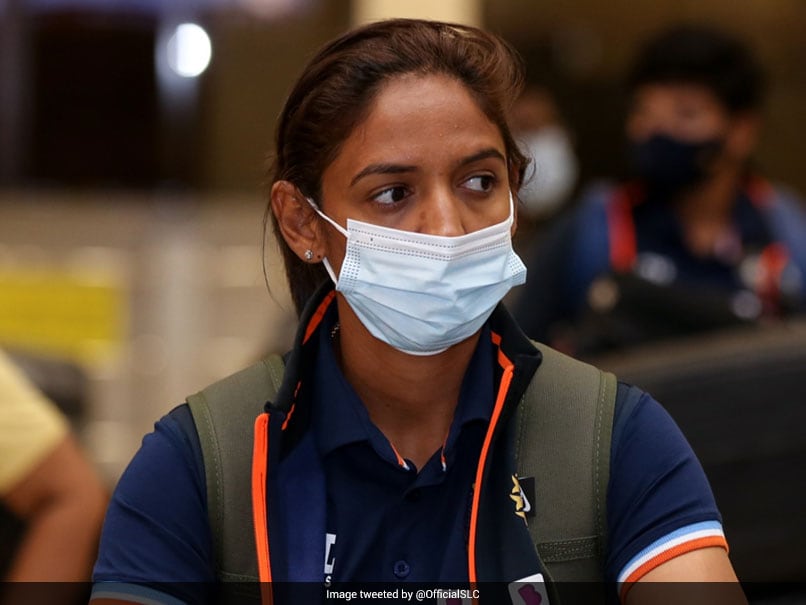 India and Sri Lanka will square off in 3 T20Is, 3 ODIs© Twitter

The Harmanpreet Kaur-led Indian women’s cricket team arrived in Sri Lanka on Sunday for its limited-over tour of Sri Lanka, beginning on June 23. Without senior players like Mithali Raj, who has announced her retirement, and veteran pacer Jhulan Goswami, a young Indian team will play three ODIs and as many T20 Internationals at Pallekele and Dambulla respectively.

The Sri Lanka Cricket (SLC) welcomed the visiting team, coached by Ramesh Powar, on its arrival and also posted pictures and visuals on its social media handles.

Prior to its departure, the Indian team underwent a camp at the National Cricket Academy in Bengaluru and also interacted with NCA head VVS Laxman.

According to Harmanpreet, the tour was a great opportunity to build the team.

“We are working hard on our team, we have great combinations. And for us, it is a good tour to start, because first-time we are going to play without our seniors and a great opportunity for all of us to build a team,” Harmanpreet had said on Saturday.

The tour commences with the first T20I at Dambulla on June 23.