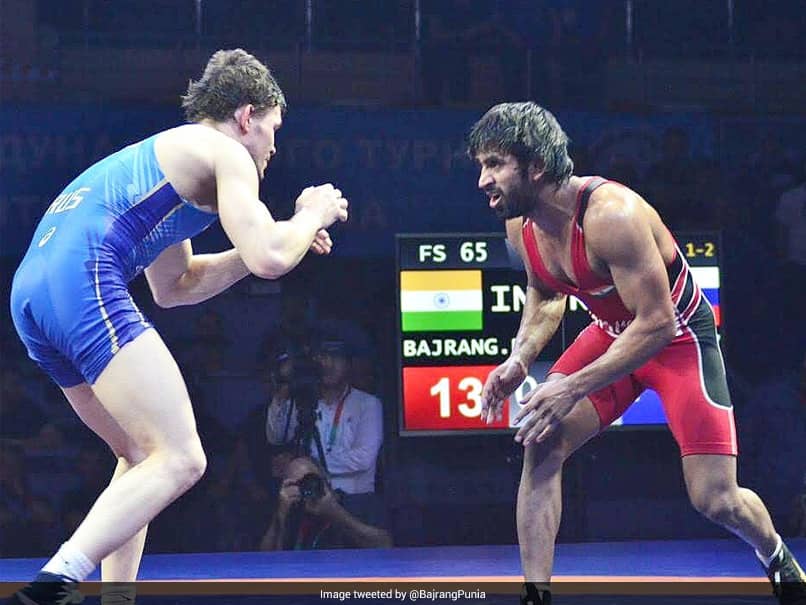 India’s star wrestler Bajrang Punia on Friday suffered a right knee injury while competing in a local Russian tournament, less than a month before the start of Tokyo Olympics. However his coach Shako Bentinidis assured that there is not nothing to worry about. Competing in Ali Alyev tournament, Bajrang was up against A Kudyev in the semifinal when he sustained the injury. It all started with a right leg attack that Bajrag launched on the Russian but Kudyev got hold of Bajrang’s right leg and pulled him.

With Bajrang lying on his back on the mat, Kudyev went for a pin but the Indian, writhing in pain, had given up by then.

The referee immediately stopped the bout and called the physio. Bajrang was struggling to stand and was seen limping as he forfeited the bout.

“He is fine and normal. He has been given pain-killing injection. It does not look serious, he should be okay,” Bajrang’s Georgian coach Shako Bentinidis told PTI from Russia.

One of India’s medal favourites at the Tokyo Games, Bajrang has been in Russia for a few weeks now as he skipped the Poland Open, preferring to train in Russia.

Ali Alyev meet used to be a regular event on UWW’s annual calender but this year the Russian Federation did not get permission from the world governing body due to the coronavirus pandemic.

The Russian federation then went ahead with the tournament to organise it at local level.