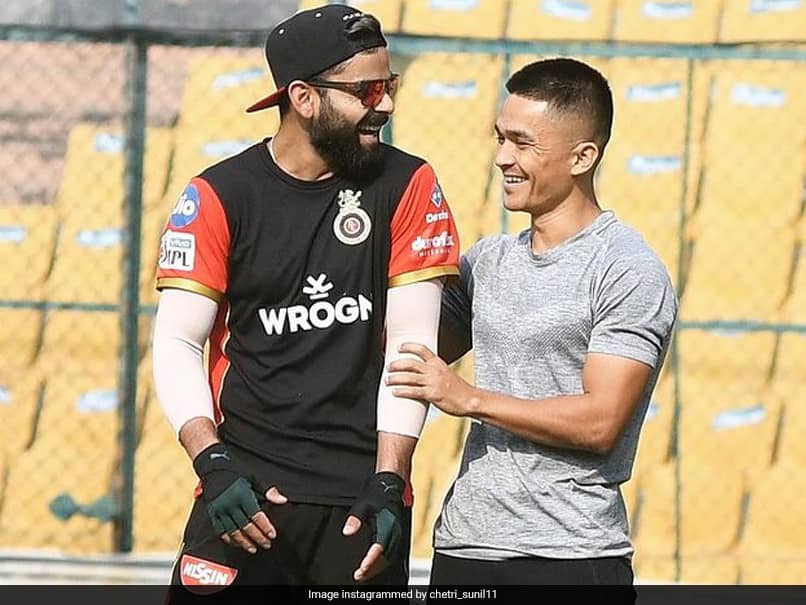 Virat Kohli, Indian cricket team captain, impressed one and all with his football skills on Tuesday as he ‘accidentally’ aced the ‘crossbar challenge’. Kohli had posted a video on social media where he was seen taking a shot and managed to bend it across as the ball hit the crossbar and bounced back. India football team captain Sunil Chhetri, impressed with Kohli’s shooting skills had a question for the prolific batsman. “Saare coaching sessions ka ek hi invoice bheju, ya aasan kishton mein chukaoge, champ? (Should I send one invoice for all the coaching sessions, or you would like to pay in easy instalments, champ?),” Chhetri tweeted.

Kohli will soon be in action in the World Test Championship (WTC) final as India take on New Zealand in the summit clash, scheduled to be played at the Ageas Bowl in Southampton beginning on June 18.

Kohli and the rest of the India squad are currently in quarantine in Mumbai ahead of their tour to the UK.

After the WTC final, India are scheduled to play a five-match Test series against England.

India will also play three One-day Internationals and three Twenty20 Internationals in Sri Lanka in July but Kohli and a few other big names like Rohit Sharma, Jasprit Bumrah, Ravindra Jadeja will miss the tour as they will be in England for the Test series.

Fans last saw Kohli in action during the now-postponed Indian Premier League 2021 where he led Royal Challengers Bangalore to the third spot before the T20 tournament was halted midway as teams reported positive Covid cases within their bio-secure bubbles.