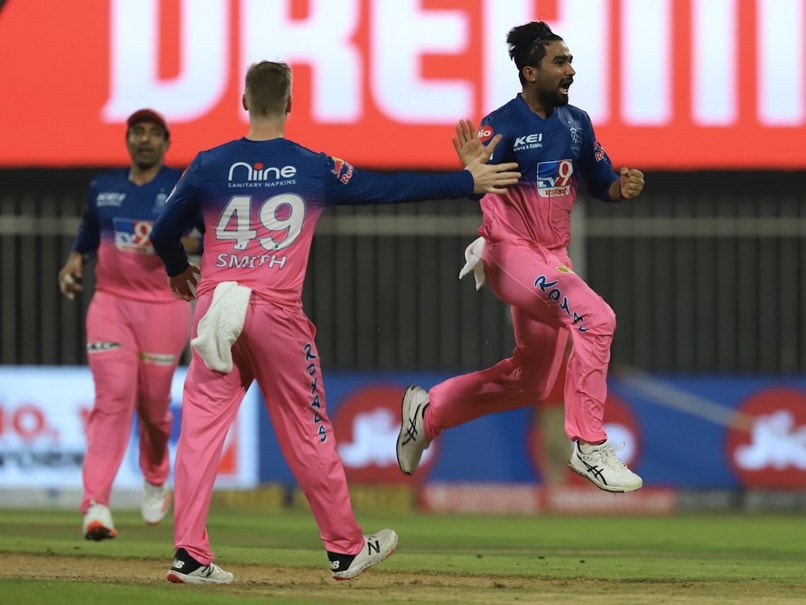 Chennai Super Kings (CSK) face Rajasthan Royals (RR) in the 37th match of the ongoing Indian Premier League (IPL) 2020 season, at the Sheikh Zayed Stadium, in Abu Dhabi. A win will be crucial for both sides. CSK are seventh in the eight-team table, meanwhile RR are bottom after nine matches. In their last three fixtures, CSK have only won once, and lost twice. Meanwhile, RR have won two matches, and crashed to a defeat. It will be interesting to see how both teams perform, and a win will be crucial to their push to playoff spots. Both teams have already met earlier, with Steve Smith’s side coming out on top.

Faf du Plessis: In CSK’s recent defeat to Delhi Capitals (DC), the South African cricketer slammed 58 runs from 47 balls, packed with six fours and two fours. Faf de Plessis has been a constant in terms of grabbing runs for CSK, amidst an erratic batting order. He is currently third in the race for the Orange Cap, having registered 365 runs in nine matches, at a strike rate of 142.57.

Shane Watson: Shane Watson’s importance to CSK cannot be undermined. The 39-year-old is usually never dropped even after a poor performance. In the current season, he has been inconsistent, but has grabbed 277 runs in nine matches at a strike rate of 123.11, packed with 30 fours and 12 sixes.

Deepak Chahar: The Indian bowler registered two dismissals in CSK’s recent loss to DC. He conceded only 18 runs, in four overs, also grabbing a maiden. He has scalped eight dismissals in the ongoing season, at an economy of 7.41.

Robin Uthappa: After nine matches, it is best to state that the best of Robin Uthappa is yet to come. For the first time in the ongoing season, he put in a batting display, reminiscent of his Kolkata Knight Riders (KKR) days. Opening the batting after a long time, Uthappa scored 41 runs from 22 balls, slamming seven fours and a six. Although his powered display wasn’t enough for a win, this could be a sign of positive things to come for the 2007 T20 World Cup winner. He has only been able to register 123 runs from seven matches in this season, with a strike rate of 116.98.

Rahul Tewatia: The all-rounder has been fantastic this season for RR, single-handedly winning two matches for them. In IPL 2020, he has grabbed 222 runs from nine matches, at a strike rate of 145.09. He has also notched six wickets at an economy of 35.16.

Jofra Archer: The Englishman is fifth in the race for the Purple Cap, with 12 wickets in his pocket currently. He has also contributed with the bat when needed, scoring 91 runs. In nine matches, he has registered a bowling economy of 6.95.