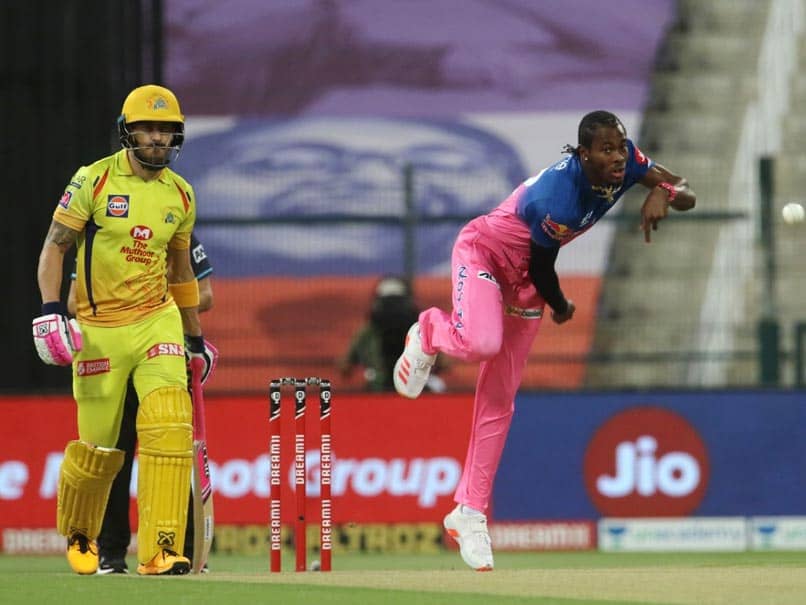 Rajasthan Royals put aside some early jitters during their chase to record a comfortable 7-wicket win against Chennai Super Kings. Put in to field, RR restricted CSK to 125/5. Then, after three early wickets, Jos Buttler and Steve Smith put on an unbeaten 98-run stand as they chased the target with more than two overs to spare. The win sees them rise to fifth in the Indian Premier League (IPL) 2020 points table, with eight points from 10 matches. CSK are now at the bottom of the table, tied on six points with SunRisers Hyderabad and Kings XI Punjab, but with a lower net run rate.

KL Rahul’s 51-ball 77 on Sunday against Mumbai Indians saw him consolidate his position as the leader in the race for the Orange Cap and Faf du Plessis, who is third in the run-scorers’ list, failed to make a mark on Monday, falling for just 10.

Jofra Archer took a wicket against CSK to move up to 13 scalps for the season, level with Yuzvendra Chahal, who is fourth in the Purple Cap race, though the Royal Challengers Bangalore spinner has a better economy rate than the England pacer.

Kagiso Rabada leads the pack with 19 wickets, while Jasprit Bumrah is behind him with 15. Mohammed Shami follows his fellow pacers at third, with 14 scalps this season.

Rabada and Shami will have a chance to improve their tallies when Delhi Capitals take on Kings XI Punjab on Tuesday. The match will also be an opportunity for Rahul and his opening partner Mayank Agarwal to add more runs to their name and shoot ahead of the rest in the Orange Cap race.