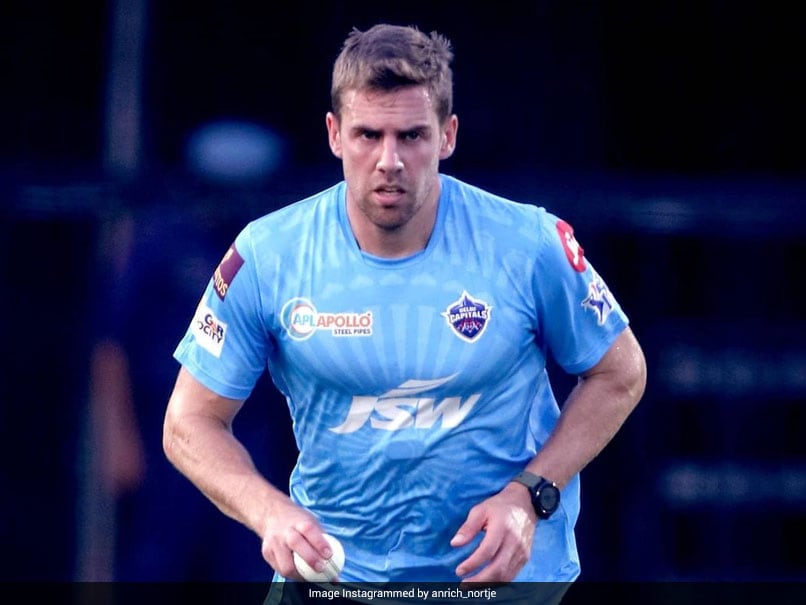 One of the biggest reasons behind Delhi Capitals’ march to their maiden IPL final last season was the performance of its bowlers. DC had one of the most well-rounded bowling attacks in the tournament with both pacers and spinners doing their job with elan. The Indian spin duo of Ravichandran Ashwin (13 wickets) and Axar Patel (9 wickets) kept things tight in the middle overs, but the real damage was done by the South African pace duo of Kagiso Rabada and Anrich Nortje.

Rabada, who won the Purple Cap by picking up 30 wickets, was expected to be the spearhead of DC’s bowling, but it was Nortje, who turned out to be the real surprise package.

Playing in his maiden IPL, the tall Protea paceman who picked up 22 wickets in 16 matches to act as the perfect foil for his countryman.

As the 2021 season resumes in the UAE from September 19, Nortje will be looking to repeat his performance from last year to help DC continue their strong run this season too.

The Rishabh Pant-led team currently sits atop the IPL 2021 points table with 12 points from 8 matches.

Nortje believes the team needs to remember what they achieved last season in the UAE and implement the same to attain success this time around.

“It was here where things started to happen for me in the IPL, but I am looking to take it match by match this season. There’s a lot coming up, even after the IPL. We have to try and remember what we did here the last time we were here and try and implement that again,” the 27-year-old was quoted as saying in a released issued by the franchise.

“Hopefully, we can repeat what we did in the UAE the last time we were here,” Nortje said.

Nortje believes the team will have to be switched on and be ready for the new strategies that other teams will adopt in the second half of the season.

“What worked at one place is not going to work at another place so we have to take it game by game. The upcoming games in the UAE are going to be completely different from the games we had earlier in the season,” he said.

“Maybe teams will field different strategies in the second half of the tournament. We have to be switched on now and just be ready,” he added.

Nortje expressed that playing the IPL before the T20 World Cup in the UAE is certainly a big advantage for all T20I players.

“I think each team is looking to assess everything as much as possible, but, firstly we have to assess the conditions for the IPL as it certainly is a big tournament in itself and then we will get to the T20 World Cup,” said the fast bowler.

Delhi Capitals will resume their campaign with a match against Sunrisers Hyderabad on 22 September 2021 in Dubai.