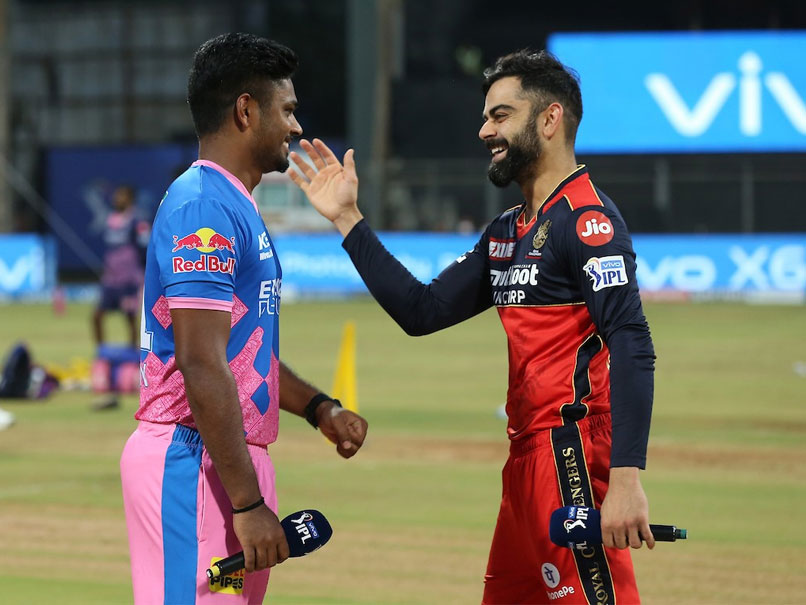 IPL 2021, RR vs RCB: Virat Kohli and Sanju Samson greet each other during toss.© BCCI/IPL

With the business end of IPL 2021 upon us, all matches going forward will be significant to the playoff race. Royal Challengers Bangalore and Rajasthan Royals are the next two teams in action, while one sits pretty in third place, the other is in a four-way battle to get into the top four. The RR vs RCB clash will be played at the Dubai International Stadium on Wednesday with quite a lot at stake. Virat Kohli’s RCB are third with 12 points, having won six off their 10 matches so far. Sanju Samson-led Rajasthan (8 points) are in the bottom half of the table with four wins from 10 games.

RCB have a small gap to the chasing pack and will feel confident of getting into top four. They are coming off a big win over defending champions Mumbai Indians and that would give them some impetus for a final push to nail down a top-four spot.

Captain Virat Kohli looks to be hitting top form at the right time, with back-to-back half-centuries to his name. Glenn Maxwell too registered a fifty against MI.

The bowling also seems to be falling into place. Purple Cap holder Harshal Patel, who took the first hat-trick of IPL 2021, is leading RCB’s charge in the bowling department. Having been left out of India’s T20 World Cup squad, Yuzvendra Chahal has a point to prove and he did that with much aplomb in the match against MI, taking three wickets and giving away just 11 runs off his four overs.

Rajasthan, on the other hand, lost to bottom-placed SunRisers Hyderabad in their previous match.

RR’s biggest problem has been the lack of support for captain Sanju Samson. The RR skipper has been in sparkling form but has found little or no support from the others and that has cost the team dear.

The bowling too has looked a bit lacklustre and a lack of an out-and-out wicket-taker like Jofra Archer is hurting the team.