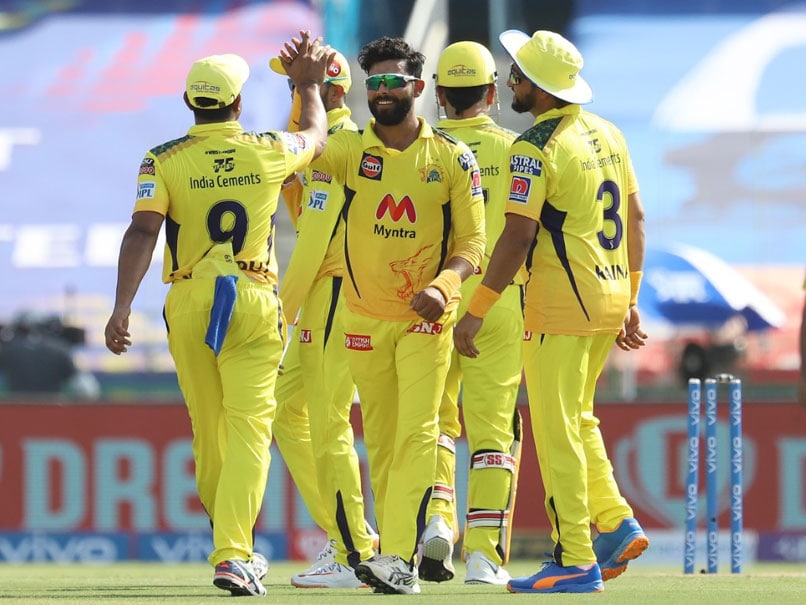 Chennai Super Kings are closing in on confirming a berth in the IPL 2021 playoffs.© IPL

Having put in a dominant show in the UAE, to continue from where they left in the first half of the IPL 2021 season in India, Chennai Super Kings (CSK) are almost there, as far as securing a place in the playoffs is concerned. Set to face bottom-placed Sunrisers Hyderabad (SRH) on Thursday, a win will mathematically ensure a top three place for CSK in the standings. A victory will also see them consolidate their top spot in the IPL table, with Rishabh Pant’s Delhi Capitals currently level on points having played a game more and with a lower net run rate.

CSK will look to make some improvements from their last game, when a late Ravindra Jadeja cameo saw them pull off victory from the jaws of defeat.

Ruturaj Gaikwad and Faf du Plessis had both given CSK a good start in their chase and the team will hope for a similar strong start.

As far as SRH are concerned, a playoff spot is not entirely out of equation mathematically. But with four points from 10 games, their hopes are as good as over at this stage.

Nevertheless, Kane Williamson’s team will hope for a positive end to the campaign. A seven-wicket victory over Rajasthan Royals in their last game would have helped repair some of their confidence.

Jason Roy scored a half-century after he was brought into the playing XI in place of the misfiring David Warner and the Englishman may have done enough to warrant a place in the line-up for the remaining games.

Jason Holder has been among the team’s better players in the UAE and will be key to their hopes against CSK.