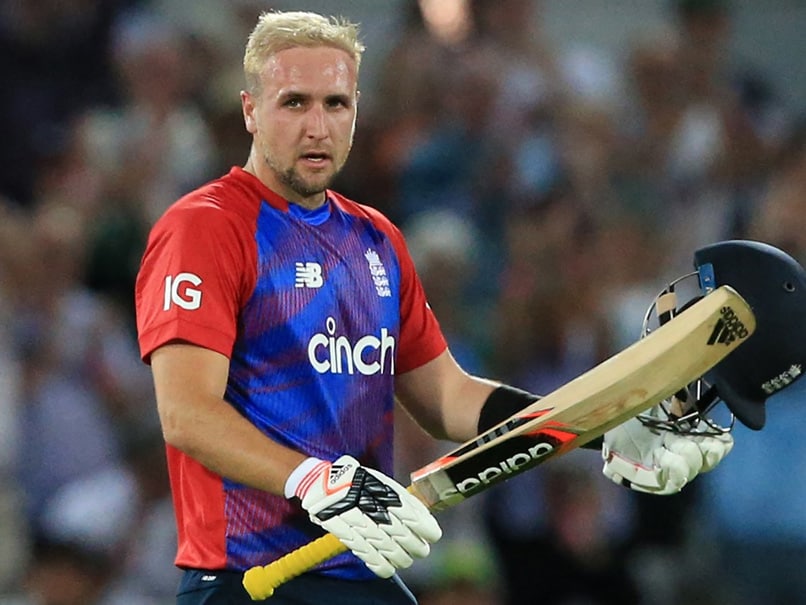 Rajasthan Royals’ English batsman Liam Livingstone aspires for a successful Test career but he doesn’t mind being a T20 “nomad” either and would prefer to spend his time building his white-ball brand instead of losing sleep over whether he can make it big in the longest format. The 28-year-old, one of the most sought after T20 freelancers in world cricket, having played in the Big Bash League, and the Pakistan Super League, is now expected to shoulder the batting burden of Rajasthan Royals along with Sanju Samson during the Indian Premier League which resumes this Sunday in the UAE.

Unlike a lot of cricketers, who would try to give politically correct answers on questions with regards to Test cricket, Livingstone has no hesitation in straight-talk. He has not yet made his Test debut.

“Yes absolutely (on being a T20 nomad). In world of cricket, you now have two routes. If you can’t make it as a red ball cricketer, you still can travel the world and be part of a lot of franchise competitions,” Livingstone told PTI in an interview.

Coming into the IPL after some smashing performances in “The Hundred” for Birmingham Phoenix, Livingstone aspires to create a brand and fan base of his own playing the shortest format.

“Hopefully in the next few years, I can travel the world and play in franchise league cricket. The best part is to come back again and again for the same franchises, create a fan base of yours and also create friendships that last a lifetime.

“Hopefully, I can do that in franchise cricket for years,” said the man, who got international limelight after recently scoring a 42-ball hundred against Pakistan in a T20 international game in Nottingham.

There have been some superb white ball players like David Warner and even before him Virender Sehwag, who made waves in the shorter formats and then had a quality career in Test cricket.

Livingstone doesn’t believe in taking the IPL route as wearing the England whites is not on his radar when asked about the Ashes. “I have a really big IPL coming up and then the T20 World Cup.

Test cricket is not something that I am thinking about and in the next couple of months, my aim is to win IPL and the T20 World Cup and see what happens from there.

“I certainly won’t be playing IPL to push my case in Test cricket. Things like that take care of themselves and whatever will be, will be,” he said.

Livingstone has had a middling first-class career for Lancashire with 62 appearances and an average of 38 plus with seven hundreds.

“I really enjoy red ball cricket and I play as much as I can when I am back home,” he said.

But at the same time he agreed that paucity of time is an issue as he is on the road during T20 leagues.

“I haven’t had as much opportunity as I would have liked and I still have the dreams of playing Test cricket but with our schedule these days, there isn’t too much time to play red ball cricket which is a shame.

“My strength has become white ball cricket and in these days, you stick to your strength. Hopefully, one day I will fulfil my dream of playing Test cricket.”

Livingstone had withdrawn during the first phase of the tournament in India when he complained of bubble fatigue and left home from his Mumbai team base.

He feels way more fresh this time around. “Last time was very different as we were stuck in a hotel room in Mumbai and I was already five to six months away from home during the winters.

This is different as I have spent a lot of time over at home during the last few months and it was nice to get refreshed,” he explained.

“I feel a lot more fresher than what I did last time. Also, in Dubai, we have got a little more outdoor space and guess we can do a little bit more getting out than what we could have done in the middle of Mumbai.

“So last time, I made the right decision and so I do feel a lot more fresher this time.”

There will be 10 World T20-bound England cricketers in the IPL including skipper Eoin Morgan and that will be a great advantage going into the showpiece.

“There is no better preparation than playing matches on the pitches on which you will be playing World T20 and I guess that’s the nice part of it.

“We have a lot of our guys coming on to play competitive cricket leading up to the World Cup and there will be 10 of us who will be here,” he said.

“…Hopefully, I can perform for Royals and take the team to the play-offs,” added Livingstone about his franchise which is fifth on the table with six points from seven games.

Livingstone, who has so far hit an astounding 234 sixes in only 149 T20 games, feels that England’s change of approach in white-ball cricket also helped when he was shaping himself up for the big league.

“I think my game changed really in last one year and English cricket’s white ball philosophy transformed around 2016. So yeah, the change in their philosophy also helped me to be fearless and it’s really nice to have that environment around us.

“That’s why we have got so many good white ball cricketers. So I am happy to get that freedom to go out there and perform.”

Livingstone is happy that his white-ball exploits are being talked about.

He wants to replicate that for the Royals and follow it up for England in the T20 World Cup.

“I think you want that sort of form when you come into an IPL and World Cup. Hopefully I can carry that on in the IPL.”

Rajasthan Royals will be surely missing Ben Stokes, Jofra Archer and Jos Buttler but Livingstone has faith in the team’s other players.

“We have got a very good core of overseas players. Whatever be the make of the team, I still believe that we have got real quality to go through and there is young home (India) talent, which gives squad a nice look.”