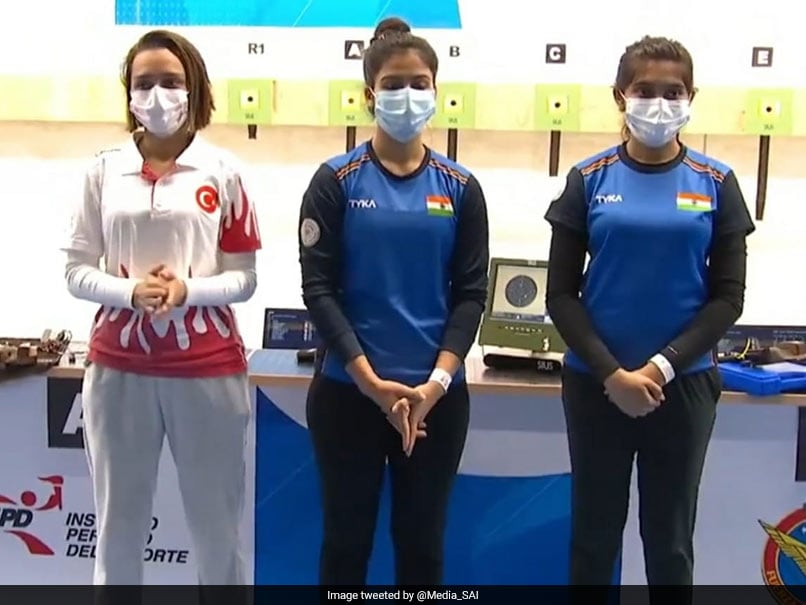 Young Manu Bhaker fired her way to the gold medal in the women’s 10m air pistol event at the ISSF Junior World Championship, on Thursday, returning with a bang after the disappointment at Olympics. Esha Singh, 16, grabbed the silver medal in a one-two finish for India while Rhythm ended in fourth place in the finals after missing out on a podium by just .2 points. The 19-year-old Bhaker shot 241.3 to win the top prize in her event, while Singh managed 240.0. India’s Rudrankksh Patil claimed the silver medal in the men’s 10m air rifle competition.

Patil shot a total of 250.0 in the eight-man finals behind Tokyo Olympic medallist William Shaner of the USA. Ramita won bronze in the women’s 10m air rifle junior event with a total score of 229.1, even as the well-known Mehuli Ghosh finished fifth in the final and Nisha Kanwar eighth.

The other Indian shooters in the men’s 10m rifle finals, Parth Makhija and Srikanth Dhanush finished seventh and eighth respectively.

In the women’s 10m qualifications, Olympian Bhaker (574), Singh (572) and Shikha Narwal (571) also made the final in the third, fifth and seventh places respectively in a field of 49 shooters, while Rhythm was second best overall with 577.

This is the first multi-discipline event since the Tokyo Olympics, which will see participation from as many as 32 nations and nearly 370 athletes.

There are 14 gold medals at stake in the first three competition days of the championship.