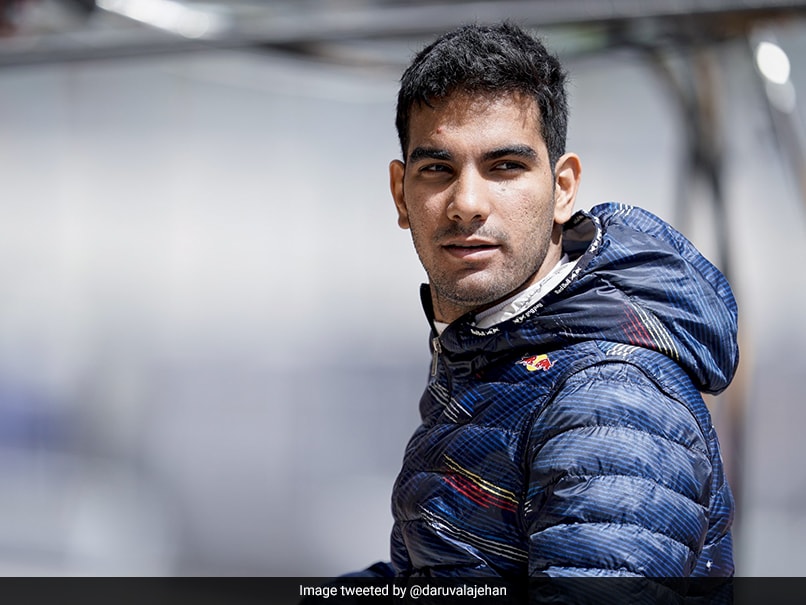 Young Indian racer Jehan Daruvala on Monday took a substantial step towards realising his Formula 1 dream by securing a two-day test with eight-time constructors’ winner McLaren. The 23-year-old, who is currently in his third season in Formula 2, will be clocking valuable miles in a Formula 1 car for the very first time. He will be driving McLaren MCL35, which competed in the 2021 F1 Championship, on June 21 and 22 at Silverstone in the UK.

The test, which is part of McLaren’s Testing Previous Car (TPC) programme, will give Jehan a much-needed experience in a highly complex Formula 1 car.

As part of our Testing Previous Car (TPC) programme, @DaruvalaJehan will test the MCL35M at Silverstone on 21 June and 22 June.

Enjoy your first drive in an F1 car, Jehan! pic.twitter.com/rimIYCtE7q

The track time will also help him earn enough points to apply for a Super Licence, which is needed to compete in Formula 1.

Though Jehan is part of the Red Bull Junior Programme, he has got the required go-ahead from the Milton Keynes outfit to test with a rival F1 team.

He has already said the current Formula 2 season is a make-or-break one for him as far as his Formula 1 dream is concerned. He is currently in the middle of his best season with five podiums in six rounds, pushing him to third place in the standings.

Speaking to media persons from the UK, the Mumbai-based driver sounded ecstatic about getting the opportunity but said it doesn’t guarantee anything for 2023.

“This is nothing related to me getting a drive next year in Formula 1. There are not many seats opening up in F1 but I have got this opportunity to be in an F1 car and do well and if I do get the opportunity I want to be ready,” he said.

“I have never driven a Formula 1 car before. This test is for me to learn about the car and its characteristics and find its limits. “My aim is to win the F2 Championships and hopefully I do enough and my name is out there (to be noticed).” He will be doing rounds of the Silverstone track with speeds in excess of 300kmph, pushing his body to the limit, especially the neck with G forces involved.

Fresh from the F2 round in Baku, Jehan said he is ready to take the big step.

“Apart from my neck, I have not done too much extra. I have been busy with my racing (F2). I am generally very fit and don’t struggle that much. I will come to know at the end of the week but I have prepared my body as much as I can for the test.” Jehan is aiming to become the third Indian to race in Formula 1 after Narain Karthikeyan and Karun Chandhok.