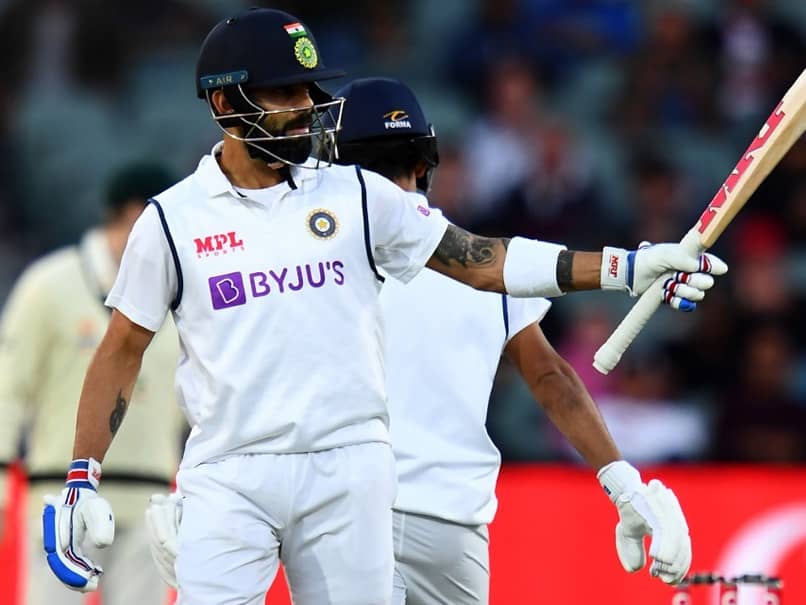 Australia vs India: Virat Kohli made 74 runs in India’s 1st innings of the first Test in Adelaide.© AFP

Virat Kohli on Thursday returned to the Adelaide Oval – a ground where he has enjoyed great success – and finished the first day of the first Test between India and Australia with an aggregate of 505 runs at the venue, the most for him from the grounds where he has played Test cricket. With three centuries in three Tests before this game, Kohli had 431 runs at the Oval at an average of 71.83. His knock of 74 on Day One pushed the tally past 500 and also took it over his aggregate at the Ferozshah Kotla in New Delhi, of 467 runs.

Other venues where Kohli has been prolific are the Wankhede Stadium in Mumbai (433 runs), Rajiv Gandhi International Stadium in Hyderabad (379) and the Vidarbha Cricket Association Stadium in Nagpur (354).

Adelaide is the only overseas venue among the top five.

Kohli got his maiden Test century at Adelaide back in 2012 before hitting centuries in both innings of the 2014 Test.

While he managed scores of 3 and 34 at the South Australian ground on India’s 2018-19 tour, Kohli looked set for another hundred on Thursday before a mix-up with Ajinkya Rahane resulted in his run out in the third session.

“Unbelievable”: Agarwal Hails Match That Will “Go Down In History”

Premier League: Newcastle vs Villa Under Threat Due To COVID Outbreak