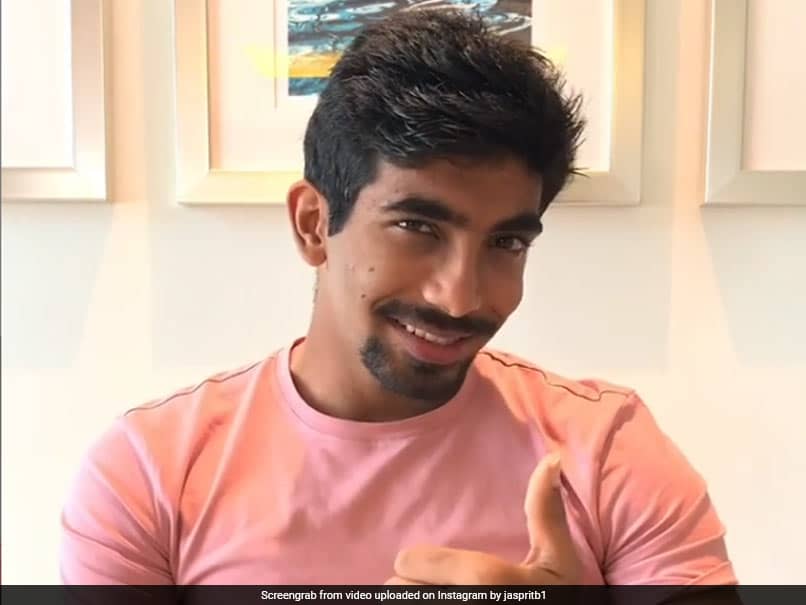 Jasprit Bumrah indicated his happiness following the new look, with a thumbs-up sign and a wide smile.© Instagram

Mumbai Indians (MI) fast-bowler Jasprit Bumrah has opted for a new look ahead of the knockout stages of Indian Premier League (IPL) 2020. Bumrah unveiled the same in a video on Instagram, where he is quite active with regular updates. The 26-year-old was initially seen sporting a beard with a look of discontent on the face. At this stage, Bumrah covered the camera with his hand before showing his new look, where he is seen sporting a goatee and a moustache. The pacer indicated his happiness, with a thumbs-up sign and a wide smile. Krunal Pandya compared Bumrah’s new look to that of Swedish superstar Zlatan Ibrahimovic, who the fast-bowler holds in high regard. “Wow zlatan with his new look for the knockouts @jaspritb1,” his comment read.

Bumrah had used a quote out of Ibrahimovic’s book to caption a picture shared on Instagram.

“I always want to become better. If never being satisfied is a problem, then I have it.” – Zlatan Ibrahimovic,” he wrote in the caption, along with a lion emoji.

Ibrahimovic is currently representing Serie A club AC Milan, at the age of 39. The attacker has continued to prove that age is just a number on numerous occasions. The most recent instance has been his excellent bicycle kick in Milan’s 2-1 win over Udinese in the Italian league.

Bumrah has himself been impressive in the IPL 2020, accounting for wickets at regular intervals. The 26-year-old is currently the second-highest wicket-taker in the ongoing edition, accounting for 23 wickets in 13 matches. The dismissals have been recorded at a strike rate of 13.56 and economy rate of 6.96.

Bumrah will have an opportunity to surpass South African speedster Kagiso Rabada, who leads the wicket-taker’s list on Thursday. MI take on Delhi Capitals (DC) in qualifier 1 of the ongoing edition, with a fine performance boosting the Indian pacer’s chances of surpassing Rabada’s tally of 25.