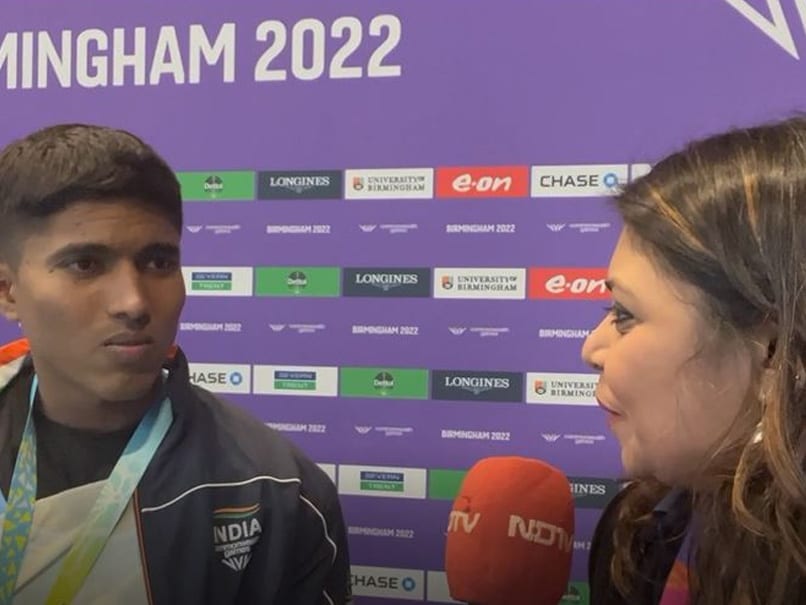 Indian weightlifter Sanket Sargar on Saturday won the silver medal in the men’s 55kg category in the ongoing Commonwealth Games 2022 to open India’s medal tally. In an interview with NDTV, Sargar spoke about his disappointment at not having gone all the way and won gold. The 21-year-old lifted a total of 248kg in the snatch and clean and jerk segments, but lost out to Malaysia’s Mohamad Aniq by just one kg.

“I am feeling happy that I won the medal, but a little disappointed as well as I wanted to win gold,” Sanket said.

“I am a little angry as well as I will have to make do with a silver,”  he added.

Sanket was injured towards the end of the clean and jerk segment as he said that he will have to go in for treatment.

“The load came onto my elbow and the doctor has said that the gap has increased, so I need to go for treatment,” he said.

Sanket, the son of a pan shop owner in Maharashtra’s Sangli, thanked his parents for supporting him and also mentioned that Olympic medallist Mirabai Chanu is an inspiration for him.

“I have won the medal for the country, it is a very good feeling. I have to set my goals for the future. I take a lot of inspiration from Mirabai Chanu, she is always there to advise. She always shares her experiences, we learn a lot.

“I would like to tell my parents that I am thankful to them, they always supported me. I just like to thank them, my coach. I have to recover and then I will set the future goals for myself,”  Sanket signed off.