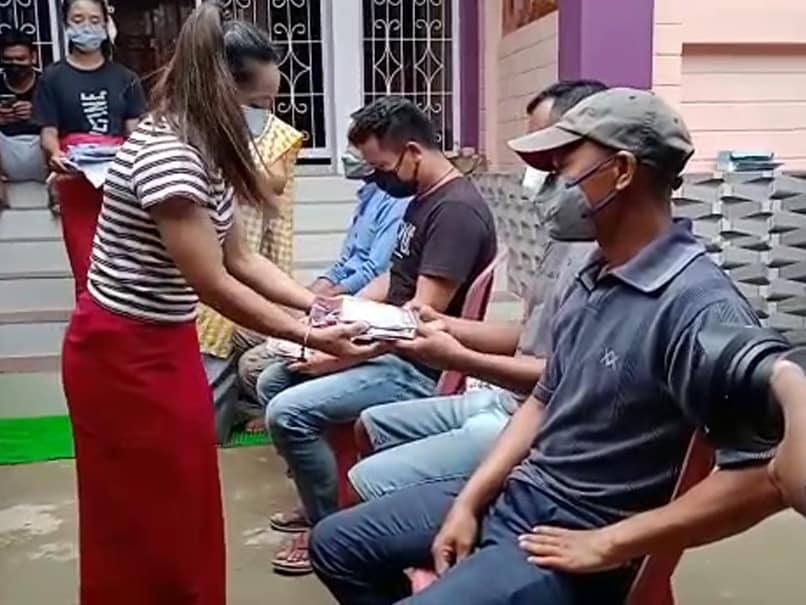 Mirabai Chanu, who won India its first medal at the ongoing Tokyo Olympics, did not have it easy growing up. Her village, Nongpok Kakching, was more than 25 km from the Sports Academy in Manipur’s capital Imphal. Lacking the funds to travel the distance every day, the star weightlifter used to hitch a ride with trucks that would carry river sands to Imphal. The truckers near her village gave her a lift every day for several years. On Thursday, she let her gratitude be known as she treated around 150 truck drivers and helpers to a shirt, a Manipuri scarf and a full course lunch.

Mirabai broke down in gratitude when she met the drivers.

She said that her dream of becoming a weightlifter would not have been achieved had it not been for the truckers who helped her travel to train.

The 26-year-old lifted a total of 202kg (87kg+115kg) in the women’s 49kg category to better Karnam Malleswari’s bronze in the 2000 Sydney Olympics. It was also India’s first Olympic medal in weightlifting since the Sydney Games.

Mirabai Chanu has spoken about the difficulties she had to face and the sacrifices she had to make in her journey.

“I have made many sacrifices to reach here,” she told NDTV in an exclusive interview after winning her silver medal in Tokyo.

“To be a big player or achieve something big, you have to make sacrifices and I have made many sacrifices,” she had said.

Mirabai Chanu revealed that she had not eaten for two days prior to her competition at the Games.

“I didn’t eat anything for two days before the competition because I was concerned about my weight,” Chanu had told NDTV after reaching Delhi from Tokyo.