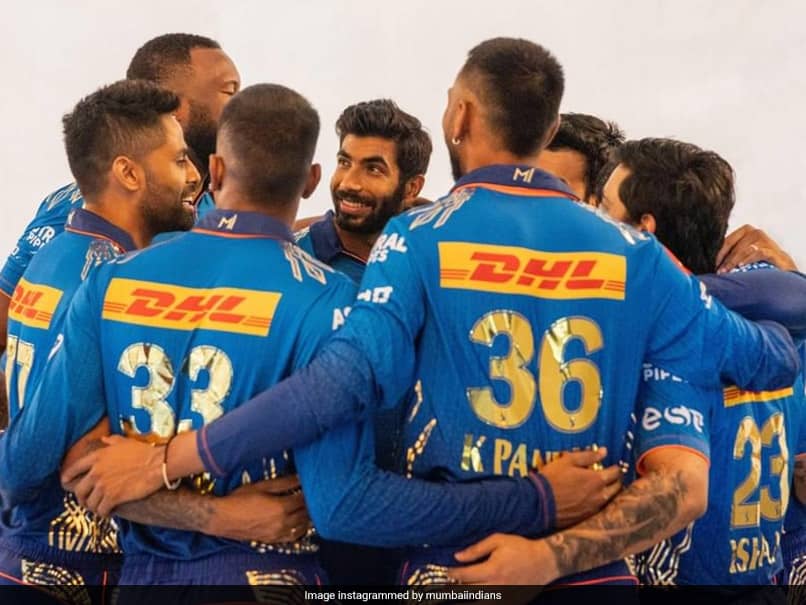 Mumbai Indians were fourth on the points table when IPL 2021 was postponed due to Covid.© Instagram

Much like the cricket enthusiasts across the world, even five-time Indian Premier League (IPL) champions Mumbai Indians (MI) are eagerly waiting for the 14th edition of the cash-rich league to resume. On Thursday, as “FRIENDS: The Reunion” trended on Twitter, the Rohit Sharma-led team took this opportunity to remind their fans about the “reunion” they are waiting for. Sharing a snap of the Mumbai squad on Twitter along with a pleading face and blue heart emojis, MI wrote, “We are all waiting for this Reunion as well.”

The Board of Control for Cricket in India (BCCI) had on May 4 announced the postponement of the IPL 2021 after several players and staff members tested positive for COVID-19 in its bio-bubble. Only 29 of the 60 IPL matches were played this season when the tournament was postponed indefinitely.

According to a report, IPL 2021 is likely to resume in the United Arab Emirates (UAE) in the third week of September. The report adds that the BCCI is planning to conduct the remaining 31 leagues game and four playoff matches in UAE in a three-week window.

“The BCCI has spoken to all the stakeholders and the likely start could be between September 18 to 20. Since September 18 is a Saturday and 19 a Sunday, it is more likely that you would want to re-start it on a weekend date,” a senior BCCI official had told PTI.

Mumbai were occupying the fourth spot on the IPL points table when the tournament was suspended earlier this month. They had won four out of their seven games this season and had eight points in their kitty.

For Mumbai, Rohit Sharma was the star performer with the bat. He had scored 250 runs in seven games. In the bowling department, Trent Boult was leading the charge with eight wickets from seven games.