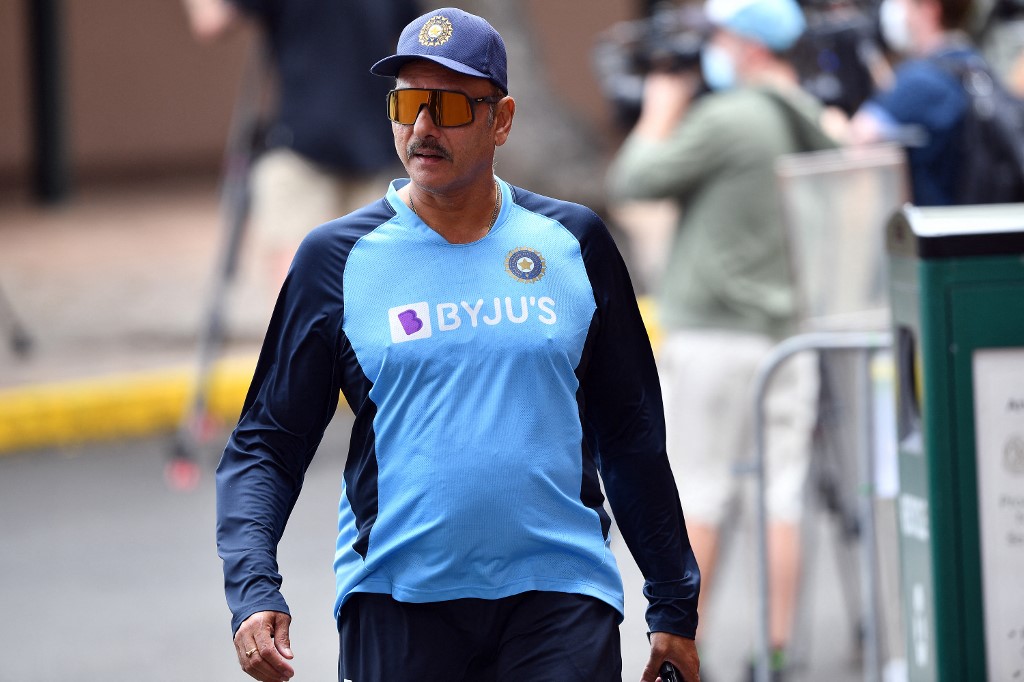 India head coach Ravi Shastri insisted he had “absolutely no regrets” over his attendance at a London launch of his new book cited as a possible source for a positive coronavirus test that took place before the team cut short their tour of England, as he signalled his intention to stand down after the upcoming T20 World Cup. With India 2-1 up, this month’s fifth and deciding Test against England was dramatically cancelledjust over two hours before the scheduled start in Manchester because of Covid-19 concerns in the tourists’ camp.

A reported positive test by assistant physiotherapist Yogesh Parmar, appeared to be the last straw for an India squad already without Shastri, and two other backroom staff, who had all previously contracted the virus.

Former India all-rounder Shastri was criticised after it emerged he had launched his book at a well-attended party in London where no masks were worn, two days before the fourth Test at the Oval.

Four days after the launch, Shastri tested positive for Covid and had to go into isolation while the match was being played.

Shastri was widely criticised in England for his conduct but the 59-year-old, in an interview with the Guardian newspaper, published online on Friday, said: “There were about 250 people there and no-one got Covid from that party.

“I’ve not got it at my book launch because it was on the 31st (August) and I tested positive on 3 September. It can’t happen in three days.”

He added: “I have absolutely no regrets…At the Oval Test, you were climbing stairs used by 5,000 people. So to point a finger at a book launch?

‘Not lose a penny’

“The ECB have been outstanding and their relationship with Indian cricket is tremendous. I don’t know if it’s a stand-alone Test next year or they give them an extra two T20 games, but the ECB will not lose a penny because of the relationship that exists. In 2008 when we had the (terrorist) blast in Mumbai, England came back and played the Test. We don’t forget that.”

Meanwhile Shastri, head coach since July 2017 after spending the three years before then as India’s team director, believes the October-November T20 World up in Oman and the United Arab Emirates — a tournament moved from India because of Covid concerns — would represent an ideal time for him to step down.

“I believe so because I’ve achieved all I wanted. Five years as No 1 (in Test cricket), to win in Australia twice, to win in England.

Shastri, who said he played no part in the Manchester decision, added: “If we win the (T20) World Cup that will be the icing on the cake.

“I believe one thing — never overstay your welcome…To beat Australia away and to lead the series in England in a Covid year? It is the most satisfying moment of my four decades in cricket.”