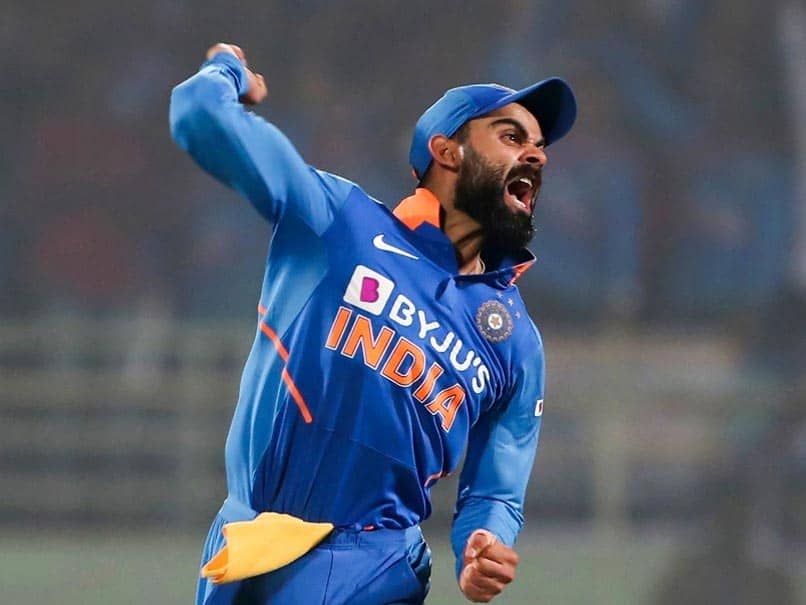 Virat Kohli was named ICC ODI cricketer of the decade on Monday.© AFP

Virat Kohli won the International Cricket Council’s men’s ODI cricketer of the decade award and the India captain also bagged the Sir Garfield Sobers award for ICC male cricketer of the decade on Monday. After winning the prestigious award, Kohli, in a video posted by the BCCI on Twitter, said that the award is a recognition of the hard work he has put in the last 10 years and also mentioned that there is no sense of superiority to anyone.

My mindset has been to give my heart & soul for the team: @imVkohli

For what has been a sensational career so far, the Indian Captain won the Sir Garfield Sobers Award for ICC Male Cricketer of the Decade.

Watch as he reflects on the decade gone by https://t.co/hCk2eT5ZOi pic.twitter.com/lV2yj2ndFL

“I never strive to be better than everybody else, I just wanted to be the best version of myself. I am proud to receive this award because I know the number of quality players that have played in the last decade and what they bring to international cricket,” Kohli said.

“It’s not a sense of superiority or feeling superior to anyone for me, it is just I feel like this is a recognition of the perseverance and the hard work I’ve put in the last 10 years and will continue to do so in future as well,” the Indian skipper added.

Kohli scored 20,396 runs in the last decade with the help of 66 centuries across all formats.

He was also part of the 2011 World Cup and 2013 Champions Trophy winning squads.

Dhoni won the award for his gesture to call back England’s Ian Bell after the batsman was run out in unusual circumstances during a Test match in 2011.