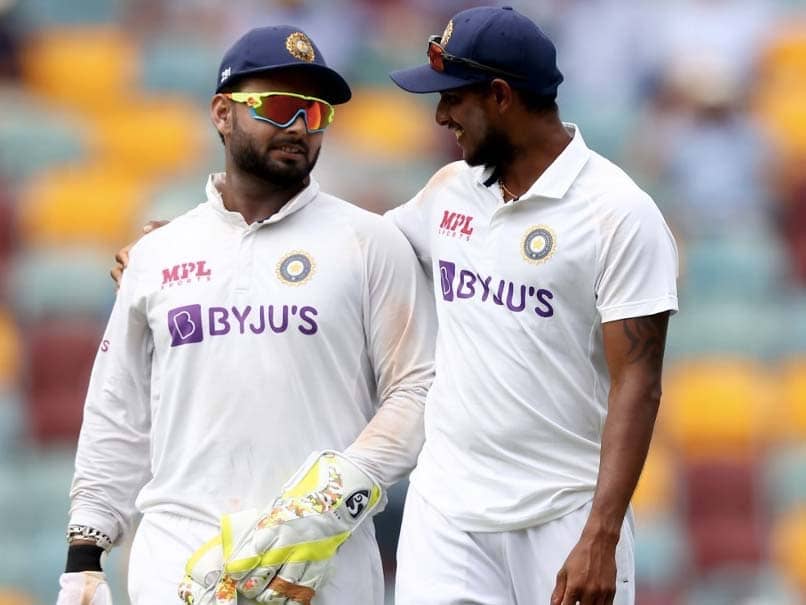 AUS vs IND: Rishabh Pant has been an entertaining presence behind the stumps.© AFP

Apart from his swashbuckling batting, India wicketkeeper-batsman Rishabh Pant also provides ample entertainment with his constant chirping and antics from behind the stumps. On Day 4 of the fourth and final Test match against Australia in Brisbane, Mohammed Siraj had just struck to remove the in-form Steve Smith after his half-century, and the score was at 197/5, with Tim Paine having just come into bat. With the series-decider hanging in the balance amid a tense contest, Pant was suddenly began singing the Hindi version of the “Spiderman” theme song.

“I respect a man with great taste in music,” one fan responded, with several others also cracking jokes and responding with laughing emojis.

I respect a man with great taste in music

Pant, who had come under the scanner for some poor catching in the series, came back strong and hit a rapid 97 in the fourth innings of the third Test in Sydney, helping India salvage a draw.

He also took some good catches in the third innings of the fourth Test as India managed to bowl out Australia for 294, leaving India 328 to chase at the Gabba, which is considered Australia’s fortress.

India finished Day 4 at 4/0, as play was called off early due to rain. The visitors have to score 324 on Day 5 of the series-decider, while the hosts just need 10 wickets, making for an exciting contest.

Pant has played 15 Tests and averages 40.66, with two centuries and three half-centuries.

Supporters have to co
Read More