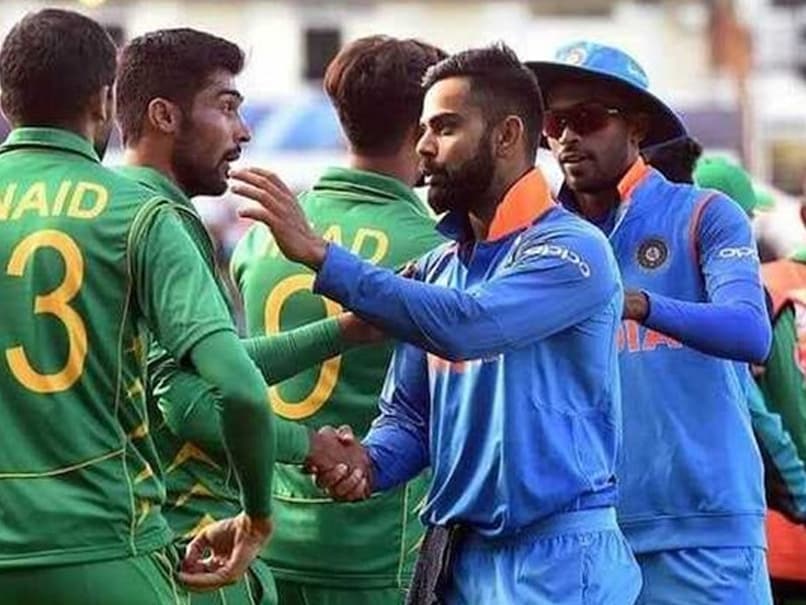 The Pakistan Cricket Board wants the ICC to assure visas for its players and officials when India hosts the T20 World Cup in October next year, by January 2021, CEO Wasim Khan has said. The PCB CEO also confirmed that there is “no chance” of an Indo-Pak bilateral series in “foreseeable future” and neither will it be a part of fresh the Futures Tours Programme (FTP) that starts in 2023. India would be hosting the global T20 event in October and given the tense diplomatic ties between the two neighbours, the PCB has sought assurances that the visa process of their players and support staff would be dealt with by the ICC.

“This is an ICC matter. We have discussed our concerns. There is a ‘Host Agreement’ that states very clearly that host nation (India in this case) will have to provide visas and accommodation for teams that are due to participate in T20 World Cup and Pakistan is one of them,” Khan told PTI in an exclusive interaction.

“We have sought assurances from the ICC that our players will receive visas and ICC is now taking this up with the BCCI because that directive and confirmation will clearly need to come from their government,” Khan said.

He then clarified that it’s only fair that there is a time-frame for such a deadline.

“We have asked for a deadline till December-January, which we believe is the right thing. We expect a response from the ICC on whether our players and officials will receive visas to participate in the tournament.

“If it (visas) isn’t (there), then like any nation would expect, we would also expect ICC to take that up directly with India and the Indian government through the BCCI to resolve this matter.”

Pakistan athletes’ participation in global events held in India has always been a contentious subject. Last year, Pakistani shooters could not get visas for a World Cup in Delhi, which kicked up quite a storm.

Unlike his predecessors in the Pakistan Cricket Board, Khan seemed practical when he clearly said that India and Pakistan aren’t going to play any bilateral series in near future in the current climate.

“I think we have to be realistic about India and Pakistan bilateral series… BCCI needs to get permission before they can play Pakistan in any bilateral series, home, away or even on neutral venues,” he said.

“I think on both sides, there is plenty of cricket to be played against other countries, but sadly for fans and players in both countries, it does not look like that India and Pakistan will be playing bilateral series in foreseeable future.”

“So there is no current planning that we can factor into the next FTP (2023-31) unless circumstances and viewpoint changes of the Indian government,” the PCB CEO added.

Khan didn’t wish to comment on the impasse surrounding the ICC chairmanship but made it clear that contrary to popular notion, there is no animosity between BCCI and PCB at the global forum.

It was widely speculated that the PCB was opposed to any candidate backed by the BCCI.

“I am not aware that there is any dispute around voting with regards to the BCCI and PCB. It’s the domain of BCCI president Sourav Ganguly and PCB chairman Ehsan Mani. I have no knowledge or information on that,” said the former Derbyshire and Warwickshire batsman.

“We obviously communicate at ICC meetings and on various platforms and forums as we need to. But there has been very little dialogue between both the countries (boards).

“I know in the past there has been a cordial relationship between the BCCI and the PCB. Certainly, there is no visible animosity from both sides when we are on ICC platforms as we have discussions,” Khan added.

The PCB CEO confirmed that they have sent a formal invitation to England and Wales Cricket Board (ECB) for a short Pakistan tour in January but are yet to hear from them.

“There are a lot of factors that ECB needs to look at considering their FTP, rescheduling of series that are postponed. They will, in due course, respond with their thoughts but as of yet there is no confirmation at all that ECB will be touring in January,” he said.