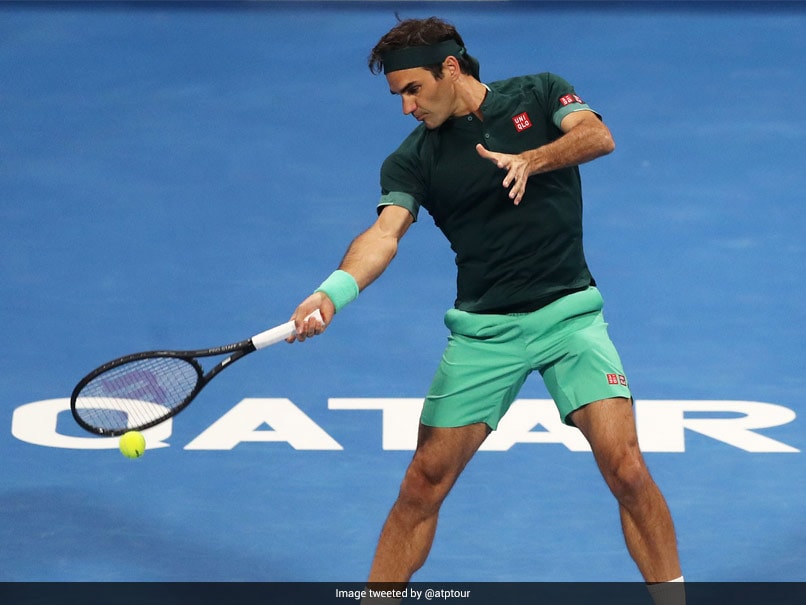 Roger Federer played his first match in over a year Wednesday and won his first set as the 20-time Grand Slam champion returned from injury to face British number one Dan Evans at the Qatar Open. Federer, who underwent two knee surgeries in 2020, won the toss and elected to serve first in Doha after joking with the umpire about the rules of the sport during Covid-19, winning the first set after a tight tie-break 7-6 (10/8). The 39-year-old had to battle, saving a set point against a player who was a recent training partner.

Federer received a rapturous welcome from the 20 percent-capacity crowd at Doha’s Khalifa Tennis Complex, beaming back at the crowd some of whom brandished portraits of the Swiss star while others held his national colours aloft.

Federer, the tournament second seed, faced a break point at 4-4 but was able to pull it back.

Evans secured two points in a row against the Federer serve in the tie-break but Federer proved indefatigable, winning the first set in 49 minutes.

Federer hasn’t played a match since a semi-final defeat by Novak Djokovic at the Australian Open in January 2020 — 405 days ago — and acknowledged it was unusual for a player of his age to return after injury.

“I know it’s on the rare side for a 40-year-old to come back after a year out,” he said at a media briefing in the Qatari capital Doha Sunday.

“I feel there is still something — retirement was never really on the cards.”

While he was out of action, he saw Rafael Nadal equal his record Grand Slam title haul with a 13th Roland Garros triumph.

‘I wanted to do this’

Federer has insisted his recovery from knee surgery was “completely under control” ahead of his return to competitive tennis.

Federer will turn 40 in August and said that he was hoping to be back to “100 percent” for Wimbledon in June but had not taken decisions on tournaments before then or the Tokyo Olympics.

Federer is an eight-time Wimbledon winner but has yet to win a singles gold at the Olympics.

“It’s still building up to being fitter, better, faster,” he said.

Federer said that while he was disappointed not to be returning to a full house because of Qatar’s strict coronavirus containment measures, he was happy to have some fans.

“I’m just happy I’m playing again and excited to experience how it will feel,” he said.

Federer, who has 103 career titles to be just six back from Jimmy Connors’ record, said that the complications that followed his two knee surgeries motivated him to get back in form.

“What I knew is regardless of whether I came back or not, for my life I wanted to do this rehab anyhow,” he said.