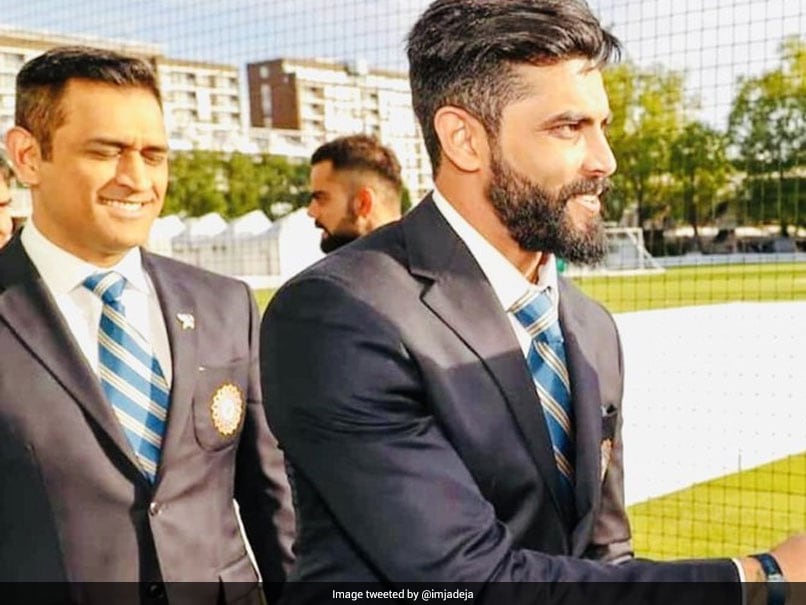 India all-rounder Ravindra Jadeja posted a throwback picture with his Chennai Super Kings (CSK) skipper Mahendra Singh Dhoni on Twitter on Wednesday and asked fans to “Imagine Your Own Caption.” In the snap, Jadeja and Dhoni can be seen wearing Team India’s blue blazers. However, what caught the attention of Jadeja’s followers was Indian captain Virat Kohli in the background, photobombing the image. It looks like the picture was taken during India’s tour of England in 2018 as Jadeja used #englandtour in his caption.

The post was a big hit on the micro-blogging site as Jadeja’s fans and followers tried to write their own caption for the post.

“Two captains and their one common sword,” wrote another Twitter user.

Two captains and their one common sword #MSDhoni

“This image is enough,” wrote another fan, along with a photo of two lions.

This image is enough pic.twitter.com/NbriTBgZq8

Jadeja and Kohli are currently serving a two-week quarantine in the Team India’s Mumbai bio-bubble ahead of their long tour of England. On the other hand, Dhoni returned home after the suspension of the Indian Premier League (IPL) on May 4 in the wake of rising COVID-19 cases in the tournament’s bio-bubble.

India would fly to England on June 2. After reaching Southampton, they will undergo 10 more days in quarantine. Virat Kohli and company will stay at a facility at the Rose Bowl stadium and would be allowed to practice.

India will take on New Zealand on June 18 in the final of the World Test Championship (WTC) and June 23 has been added as a reserve day by the International Cricket Council (ICC).

India will also play a five-match Test series against England, starting from August 4 at the Trent Bridge in Nottingham.

No Booze, No Autographs: Tokyo 2020 Unveils Fan Rules With A Month To Go