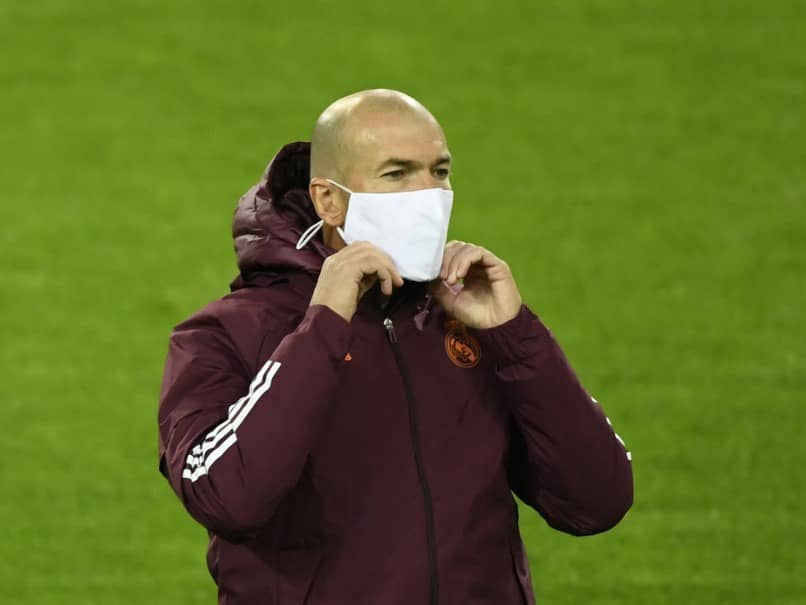 Zinedine Zidane has had to self-isolate this month after coming in contact with a person infected.© AFP

He tested negative at the time and was able to oversee the team.

After successive defeats in the Spanish Super Cup and Copa del Rey, the second a shock loss to third-tier Alcoyano, Zidane is again under pressure, and Real Madrid will try to reignite their La Liga title challenge away to Alaves.

Zidane’s side are playing catch-up to Atletico Madrid, despite having played a game more, after draws against struggling Elche and Osasuna, two of the league’s bottom three, in recent weeks.

Alaves beat Madrid 2-1 in the capital in late November but have won just once in eight matches since, their slide into a relegation scrap costing coach Pablo Machin his job last week, with former Spain international Abelardo Fernandez returning to take charge.