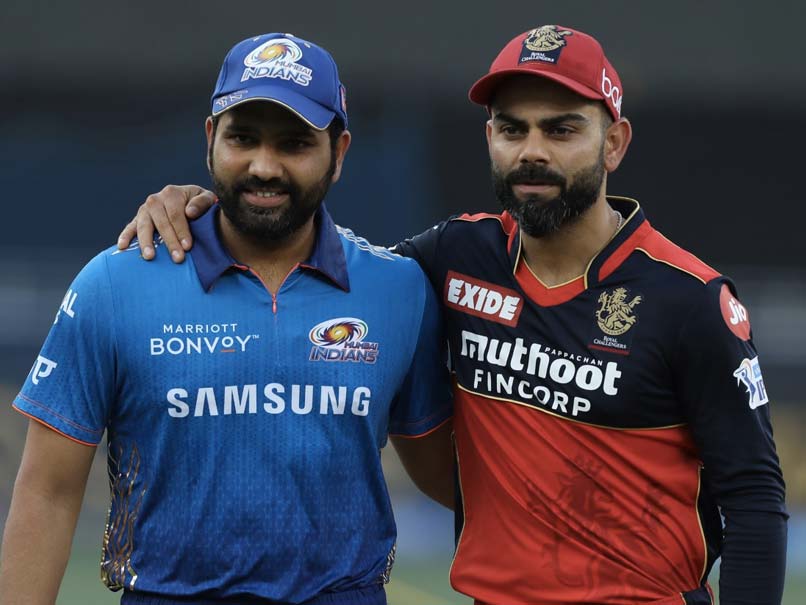 Rohit Sharma is being touted as the favourite to replace Virat Kohli as India’s T20I captain.© IPL

With Virat Kohli announcing earlier this month that he would step down as India captain from T20Is after the T20 World Cup in the UAE and Oman, scheduled to be held from October 17 to November 14, the search is on for his successor. Rohit Sharma, captain of Mumbai Indians in the Indian Premier League (IPL), is being touted as the favourite to land the job. India great Sunil Gavaskar has also given his backing to Rohit, saying the 34-year-old opener is his choice for the role. Gavaskar also offered two names for the position of vice-captain.

“I think Rohit Sharma for the next two World Cups. You could say they (World Cups) are back-to-back, one starting in a month and another exactly a year from now. So clearly, yes, you don’t want to change too many captains at this particular stage. Rohit Sharma would definitely be my choice for captaincy of the Indian team for both these T20 World Cups,” Gavaskar said in a discussion on Star Sports show Cricket Connected.

Saying KL Rahul is an option for the vice-captain’s position, former India captain Gavaskar said Delhi Capitals skipper Rishabh Pant is another name he would consider for the role.

He praised 23-year-old wicketkeeper-batsman Pant for his leadership in the IPL with Delhi Capitals.

“And then, I’m looking at KL Rahul for vice-captain. I would also keep Rishabh Pant in mind because he has been really impressive in the way he has led a star-studded Delhi team and the bowling changes that he has been making in the T20 format, using (Anrich) Nortje and (Kagiso) Rabada in such a clever manner that actually shows a street-smart captain, and you always want a street-smart captain who can read situations and act immediately. So yes, Rahul and Pant are the two guys I would look at as Vice Captains,” he elaborated.