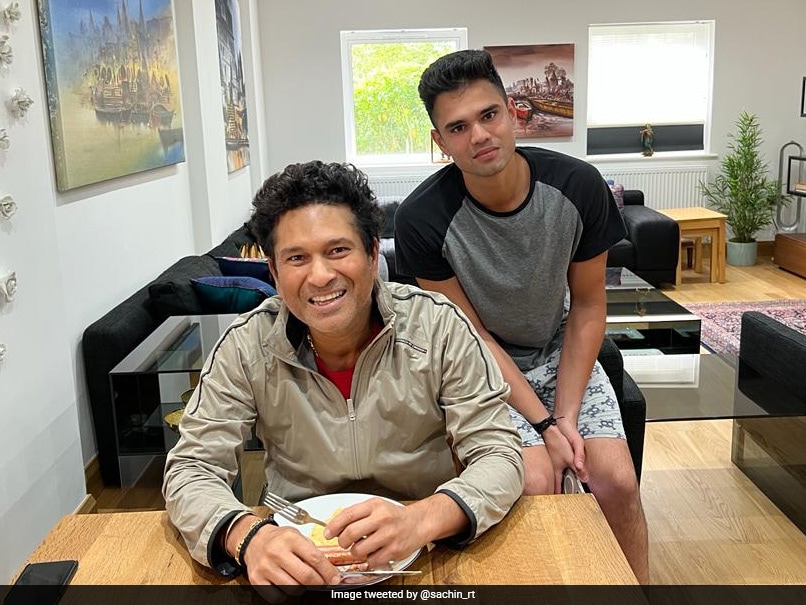 Arjun Tendulkar is best known as a pace-bowling all-rounder, but on the occasion of Father’s Day, he donned the chef’s hat and whipped up some delicious looking scrambled eggs for his father, the legendary Sachin Tendulkar. Sharing a picture on Twitter, Sachin wrote: “Had the best scrambled eggs in the world today made by Arjun.” He went on to describe the meal in great detail. “The creaminess, texture and consistency was so good!” he wrote. And the most important ingredient? Love of course. “A breakfast filled with love…couldn’t have asked for more,” Sachin wrote, with a heart emoji.

Had the best scrambled eggs in the world today made by Arjun.
The creaminess, texture and consistency was so good!
A breakfast filled with love…couldn’t have asked for more. #FathersDay pic.twitter.com/VW0YH9jPfY

The tweet got over 18,000 likes and was retweeted over 600 times since the legendary batter posted it.

Arjun Tendulkar was picked by Mumbai Indians for the Indian Premier League (IPL) 2022 season, but the 22-year-old did not play a single match, even as the five-time champions finished at the bottom of the table.

He has represented Mumbai in two T20s in the Syed Mushtaq Ali Trophy, picking one wicket in each game.

Sachin Tendulkar, of course, is one of the greatest players to have played the game.

He is the leading run-scorer in Tests and ODIs.

He made his debut for India in a Test against Pakistan in 1989 and went on to play 200 matches in the longest format. He scored 15921 runs in Tests with 51 centuries.