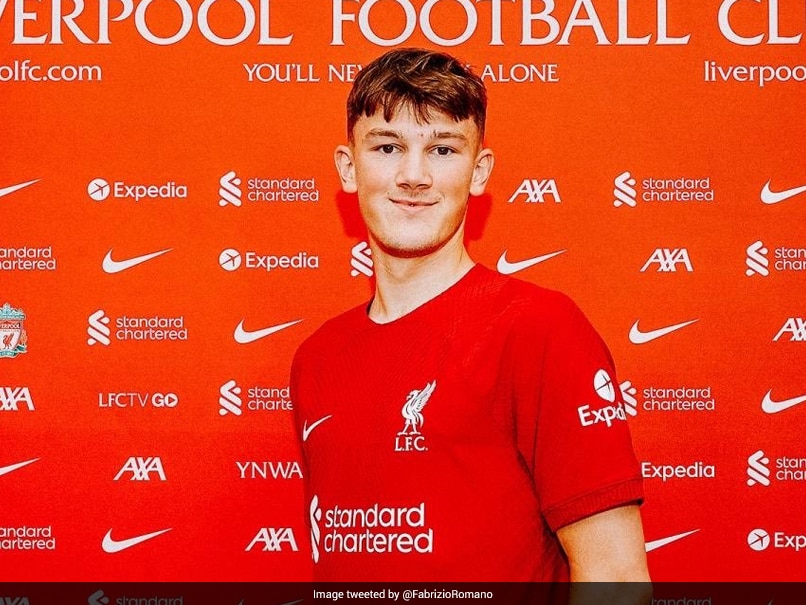 The 18-year-old Calvin Ramsay has signed a five-year deal with Liverpool.© Twitter

Calvin Ramsay said the examples of how young players Trent Alexander-Arnold and Harvey Elliott have flourished at Liverpool persuaded him to join them from Aberdeen for an initial fee of 4.2 million pounds ($5.1 million) on Sunday. The 18-year-old had been linked with several European clubs but opted for Liverpool signing a five year deal which also includes 2.5m pounds of potential add-ons and a 17.5% sell-on clause. The Scottish under-21 international will join up with Jurgen Klopp’s first team for pre-season training.

“There’s obviously a pathway here,” said Ramsay about the potential for young players to establish themselves in the first team.

“That’s one of the reasons I chose it as well. It’s not just a massive club, they give young players chances in the first team.

“So if I can come in in pre-season, put my mark down, then there’s no reason why I can’t push to get in the first-team squad.”

Ramsay was named young player of the year by the Scottish Football Writers’ Association after an impressive season.

He played 33 times for Aberdeen, scoring one goal and providing nine assists.

“I’m just buzzing and it’s a dream come true really to be here,” the defender said.

“It was a dream come true to play for Aberdeen, and now to be at one of the biggest, if not the biggest club in the world, it’s a massive achievement and I’m looking forward to trying to show the fans what I’ve got.”